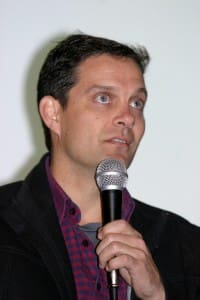 China’s credit crisis is expected to have a major impact on wool prices in the next six months.

Mr Carr said China’s central bank The People’s Bank of China is now recalling loans to the “shadow” banking sector which would impact on all commodities, including wool. Demand from some clients was slowing now, an early sign of credit issues.

“The impact on our clients is that their working capital facilities are getting reduced by a minimum 30 percent and in the worst-case scenario by up to 50 pc.

“What that means is that overnight their business will shrink potentially by that much,” he said.

“That’s been gradually happening for the last six months, but the impact of that won’t be felt until the second half of this year when the big volumes of wool come through.”

Some Chinese companies were speculating on the property market with their working capital, not necessarily buying wool. These businesses might have to sell property to get money for their wool needs, he said.

“It’s an absolute slowdown and what they are trying to do is make sure it is not a disaster in China….it’s a deliberate consolidation.

“From a wool grower perspective I hope we’re wrong, because we don’t want to see lower prices,” he said

“I think credit is absolutely (the) number one (factor), followed very closely by those wool stocks held in China,” he said.

“At one stage there was well over 100,000 bales of greasy wool in bonded storage in bonded warehouse, and maybe there is half to two-thirds of that still there in China.”

Mr McLeish said the Chinese government was holding back any economic stimulus and was more concerned about growth and inflation. The textile sector would be “second in line” behind any stimulus, he said.

AWEX chief executive officer Mark Grave asked why was 1100 cents now able to buy a clean kilogram of wool at auction within a wide range of 18 to 21 microns.

Tianyu Wool southern region buyer Rod McLeish said fine wool production increased last year due to seasonal conditions to more than the market could use and demand for 16.5 and finer fleece was struggling.

This year he believed the clip, at least in Victoria, would be a micron broader “without much trouble’ due to a far better season, feeding back into good demand for 17-19 micron wools for apparel.

“Then there is very strong demand for 19 through to 22.5 micron wool to the same suppliers and end users that had the same price whether it was 19 or 23 microns.

“There is very little difference in price because their customers aren’t prepared to pay anymore for it either – it is almost like a flat rate right through that area.”

“I can’t expect it will last for too long, but while things are a little bit stagnant that’s unfortunately where we are at.”

But the market was now depressed, with “definitely” some hesitation in demand and a more subdued demand worldwide for wool textiles.

There is a very narrow gap in clean price per kilogram between wool of 17 microns and out to 22 microns, he said.

“Even if you bring Merino locks into the equation at 850 clean cents, the difference between a Merino lock and your full Merino fleece at say 1150 cents, it’s a very narrow historical band.

“So that’s a signal that we are in a tough market environment and something probably needs to give,” he said.

“Unfortunately for the next six to 12 months, not to be too negative, we think one market, fine wool, is obviously under-priced and probably the 21 microns and a bit broader are a bit high, we think.” 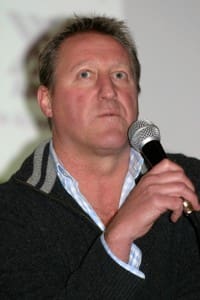 His company felt the Australian auction market last week was “probably held” in the last sales before the three-week recess to give big international players an opportunity to continue to trade and sell some surpluses over the next six weeks.

Mr Carr was pessimistic about demand and prices for woolgrowers because of a surplus of wool in the pipeline. He expected trading to continue in the coming season at lower values, which are already 5-10 percent below prices earlier this year.

“We don’t want to see that from a wool growing perspective but fundamentally we think that demand will continue to be fairly sluggish and tough before we see an upward cycle, which may not come until March the following year.”

H. Dawson was finding it difficult to sell to Australia’s biggest buyer of wool, China, while those with stocks were discounting wool into the market, he said.

“It might take three to six months to clear that wool out of the pipeline, but if demand improved that could happen in one month.”

Mr McLeish said in the last 12 months some Chinese speculators bought large quantities of wool “and were caught with what is now dear wool”.

“They are now holding that over the market by re-selling it back in at a reduced price.”

But he said the lift in some micron ranges at the last Australian sales reflected buying to keep processing lines operating.

Auction prices over the next six months would be governed by the level of stocks in China, the Australian dollar exchange rate and seasonal conditions, Mr McLeish said.