CHICKEN and red meat groups have sided in a show of unity between the two large competing animal protein sectors to call for Australian Governments to regulate to protect against terms such as meat, chicken and beef from being hi-jacked by plant-based alternatives.

Beef Central has viewed a letter that was sent to the Federal Department of Agriculture, Water and Environment in late February outlining the meat industry’s position on labelling of plant-based protein alternatives.

The letter was signed by Red Meat Advisory Council Chair John McKillop and co-branded by red meat industry bodies including the grassfed and grainfed cattle, sheep and goat industry councils, the Australian Meat Industry Council, along with the Australian Chicken Meat Federation.

It spells out the meat industry’s position in favour of minimum regulated standards, and calls for the prohibition of:

For several months the broader Australian agriculture sector has been debating whether regulation is needed to prevent mis-use of terms such as meat, beef and chicken, or whether a voluntary approach to labelling would be sufficient.

It comes as law makers in Texas approve a bill banning ‘meat’ and ‘beef’ from labels of plant-based foods, an approach the Australian meat industry says is also needed here. 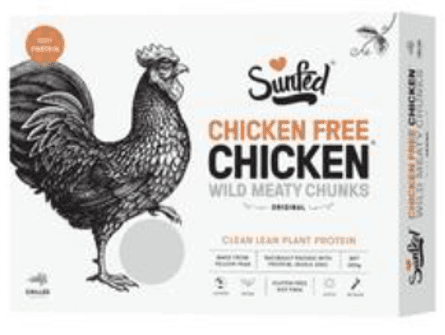 In the letter Mr McKillop argues that a regulatory approach is critical in Australia to ensure accurate labelling of meat products, and to prevent the manufactured plant-based protein sector from misappropriating category branding developed by generations of levy and private investment by meat producers.

“It is clear the [manufactured plant protein] sector has continued a deliberate strategy to unfairly trade on the reputation of Australia’s meat and livestock industries,” Mr McKillop says in the letter.

The letter draws attention to public comments made by the head of plant-protein lobby group Food Frontier advising plant protein manufacturers to avoid using terms like vegetarian and vegan in their labelling to open up more mainstream markets.

The lobby group also portrays its plant-based products as ‘meat’ on its website: “Fundamentally, meat is a combination of proteins, fats, trace minerals and water – nutrients that are also found in plants.”

The red meat industry’s view is that these statements illustrate why a voluntary code will not be sufficient and why, as a minimum, regulated protection of real meat products is needed.

“The unconstructive and demeaning conduct demonstrated by the [plant protein] sector to date has failed to provide our industries with confidence that their sector will adhere to a voluntary compliance mechanism,” Mr McKillop wrote in the letter. 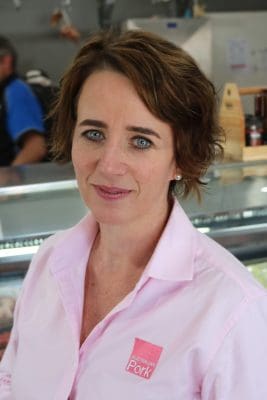 “We have serious concerns that the [plant protein] sector will continue to ‘piggy back’ off the reputation for high quality, nutritious, safe food that the meat and livestock sector has invested many billions of dollars to establish.

“As such, we are firmly of the belief that the [plant protein] sector will not comply with voluntary standards and therefore there can be no grounds for us to compromise on the misleading and deceptive marketing tactics they engage in.”

In response to a question from Beef Central about its position this week, Australian Pork Limited CEO Margo Andrae said the Australian pork industry fully supports truth in labelling.

“Truth in labelling is a priority,” she said.

“These companies should have to meet the same food safety standards that the meat industry has to meet, but most importantly it is about consumers knowing what is in those products and how they are made.”

The topic of industry policy on truth in labelling was also in the spotlight at a red meat industry forum at Beef 2021 in Rockhampton last week. 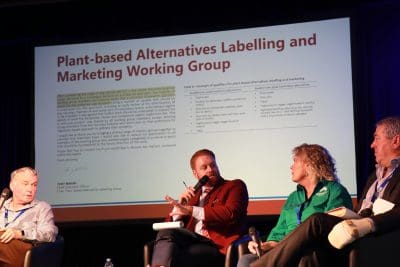 The session heard that a ministerial working group chaired by NFF CEO Tony Maher and containing representatives of various Australian agricultural commodity sectors, along with manufactured plant based protein lobby groups including Food Frontier, had recently focused on the question of whether existing labelling of plant-based alternatives in Australia should be improved.

Despite not being able to achieve a consensus position, the working group advised the Federal Minister of Agriculture that a ‘majority position’ had been reached which favoured a “voluntary framework approach” as “a preferred way forward”.

“This in-principle position was shared by all working group members except Working Group members from the red meat industry who were clear on their preference for regulatory based approach to address their concerns,” Mr Mahar wrote in a letter to the Minister, according to an excerpt shown on a video screen during the forum.

In August last year the NFF and NSW Farmers joined with the plant protein lobby group Food Frontier to launch a national Future of Protein Forum, which the groups said was designed to “bring together traditional livestock, plant and alternative protein producers to meet the projected demand for Australian protein” – see their joint August 2020 NFF media release here.

Questioned by forum moderator and AgForce Cattle director Mark Davie on how NFF develops national policy, president Fiona Simson said the NFF was ‘like the United Nations’, in that representatives of each commodity group sat around the table to work through policy.

“It can take a really long time to work through a piece of policy but at the end of the day we want a policy that comes out that is good for Australian agriculture,” she said.

On the question of truth in labelling on plant-based proteins Ms Simson said there was a split in the community over whether the industry should have regulatory standards or voluntary standards.

She said everybody agreed that “meat should be called meat and milk should be called milk” but also added that industry should “consider the implications of seeking to impose regulatory burdens on other industries”.

It’s all about marketing spin 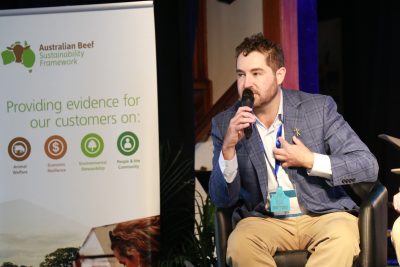 Australian Lot Feeders Association chair Bryce Camm (right) said non-meat products should not be able to use the word meat.

The push by plant-based protein products was all about “marketing spin”, he said.

He added that in Woolworths recently he saw a product that contained the claim “plant-based vegetable stock”.

“What were they making vegetable stock out of before?”, he wondered.

He said the industry had be more brazen in how it markets collectively.

“We need to be out there pumping the hell out of the good story of beef,” he said.

“I can’t believe that people think that chickpea patties are any more environmentally sustainable than grassfed beef,” she said.

“It is about telling our story and that is what we have to get better at.”