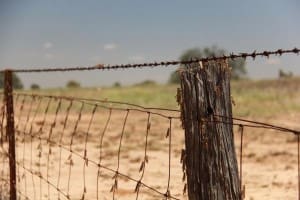 Central western NSW landholders have been put on locust alert as the insects start to impact across a wide area.

The Baradine to Coonabarabran region is substantially higher for locust reports in the central west. Other areas experiencing heightened locust activity include Dubbo and Coonamble, with a number of reports also from the Forbes, Condobolin and Nyngan districts.

Locust swarms have followed summer storm patterns and have moved mainly to the east into Gulgong, Mudgee and Orange regions which have benefited from the summer storms.

There are adults of mixed species scattered across the bulk of the eastern sector from Weetalabah to Wellington which will have the potential to cause significant damage to emerging winter cereals. 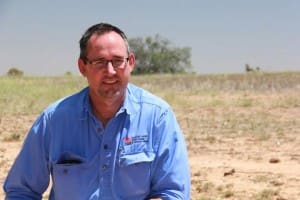 “There is a locust hotspot around the wider Coonabarabran region, with a large number of reports of egg laying.

“There have also been reports of hatching and we’ve issued chemical in these instances to support local management,” he said.

“Landholders in active areas in particular should be paying attention to what is happening on their land and work with us to prepare for any outbreaks.

“The Mollyan area south of Coonabarabran has had significant evidence of egg beds which are viable and due to hatch this week,” Mr Robinson said.

“Sampling of egg beds has shown that around 20 percent will hatch.

“However, conditions for nymph survival are low, with no green pasture available to sustain their livelihood.” 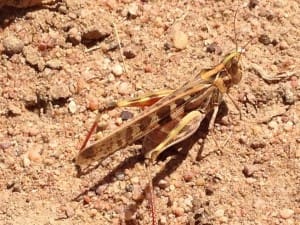 Mr Robinson said monitoring of all areas is essential and landholders need to contact Local Land Services to report any locust activity on their land.

CWLLS is alerting landholders to monitor for locust laying and work with their local staff to prepare for outbreaks. Reporting during March focused on localised egg laying, swarm movement and hatching.

Areas of recent rainfall will have laying

Mr Robinson said a large proportion of our region is experiencing dry and unfavourable conditions for locust egg laying.

“However, those areas which have had recent rainfall and some soil moisture will have laying.”

He said an effective locust response relies on community support and reporting.

“We are working with the landholder community to manage locusts before they become a larger problem.

LLS will respond to reports within 48 hours

Mr Robinson said a biosecurity officer will respond with a phone call or a site visit within 48 hours of a phone, online or personal report being received.

“Currently our response time is 24 hours or less.”

“This is the standard set by the Department of Primary Industries (DPI) – the lead agency with plague locust control.”

CWLLS said chemical will not be issued over the counter (as per DPI Policy and Procedure) without a prior inspection or prior arrangement from staff. Chemical volume and type is issued according to the infestation size and the species.

“In the early stages of the campaign, chemical will not be issued without an inspection,” Mr Robinson said.

“This is a requirement of legislation and to determine species and size of the problem across the local area.”

Landholders also need to have a current AQF3 chemical user card to apply chemical and are required to sign for all chemical issued and expected to comply with the label recommendations.

CWLLS said no person has yet been refused chemical in the 2014-15 campaign and it will continue to work with the community to manage the issue.

A short video update is available from https://youtu.be/zwYvaqzyqvg