WITH a shortage of shearers struggling to keep up with the revival of the Queensland wool industry, a new proposal is looking to real Mexicans — not just workers from the south — to help fill the labour deficit.

Shearing industry workers that come from south of the Queensland border in Victoria and New South Wales are also referred to as ‘Mexicans’.

But Blackall/Tambo Shire mayor Andrew Martin has canvassed the idea of bringing in real Mexican workers as a short-term solution to  the industry problem, hoping teams of Mexican-born shearers can help speed up shearing in the second half of the season.

“We need to get our sheep shorn, the Mexicans are not that far away and I think we can bring them in as a trial,” councillor Martin said.

“New Zealand is having the same problem as Australia, their wages are improving but they can’t find enough shearers – so they are not going to come here.” 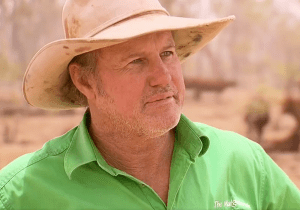 The idea to bring in Mexican shearers came from late western Queensland producer Scott Sargood, who tragically passed away in a gyrocopter crash in 2019. Cr Martin said Mr Sargood had travelled the world shearing and found a lot of similarities between Australian and Mexican shearers.

“He worked in the south-west corner of America, near the border, and he was caught up with a Mexican shearing team – which he had some great stories about,” he said.

“He said their blow patterns were exactly the same as his, which is significant because not everyone shears the same as the way as Australians.

“Their wool handling was different and they would need a bit of training to present the fleece to the table properly. But they can bring their rouseabouts with them and we can integrate them into our system.”

While he was keen to see Mexican shearers come to Australia, Cr Martin said it was only a short-term solution to the shortage.

“The long-term answer is shearer training in Australia, going to schools and even prisons to train people up,” he said.

“We already have the Blue Light Shearing team with the Police in Cunnamulla and that is part of the long game.”

Cr Martin said he had been in touch with a local employment agency and was working through the regulations to make it happen.

“I have been in contact with a Mexican lady at an employment agency near here, she has been in touch with the embassy and they are waiting my call,” he said.

“We have a bit to do on this, I can see myself having to go to the immigration minister and the agriculture minister. It is a bridge a little too far at the moment, but it has certainly struck a chord with some people.”

Visas are the main issue facing the proposal, with a pathway into the country needed for prospective workers. But a spokesperson for the Department of Home Affairs said sponsorship was an option.

“Employers can sponsor skilled workers to come to Australia if they can’t find an Australian citizen or permanent resident with the skills and experience needed for the job,” the spokesperson said.

With limited exceptions, the job the overseas worker is being sponsored to do must be on the relevant Skilled migration occupation list. ‘Shearer’ is an eligible occupation and is included on the Regional Occupation List (ROL) for the subclass 494 Skilled Employer Sponsored Regional (Provisional) visa category.

Shearing Contractors Association of Australia secretary Jason Letchford said he was unable to find a deal between the two countries and was not aware of the Mexican proposal.

“We have had similar proposals before with countries South Africa and it is always made hard when there isn’t a visa pathway,” Mr Letchford said.

“We have one of the biggest potential workforces in the world, in Asia, on our doorstep and we are struggling to get an agreement with them across the line.”

Mr Letchford said the industry had invested in training Australian workers and the association was focusing on supporting them.

“We have done a great job in attracting more workers to the industry, particularly in South Australia and Victoria,” he said.

“Now, the labour market is swinging around and New Zealand shearers can travel to Australia – so our priority is supporting the people we have trained.”