AUSTRALIA’S sheep industry is being asked to oppose a move by veterinarians to retain prescription control over the lamb and calf castration pain relief medication NumOcaine.

Lidocaine-based NumOcaine is the pain relief drug used in Senesino’s Numnuts system for tail-docking and castration of lambs and calf castration.

The Australian Veterinary Association is seeking to overturn a Therapeutic Drugs Administration decision approving NumOcaine’s rescheduling on the Poisons Standard from a S4 vet prescription drug to S5 status for “injectable preparations containing 2 per cent or less of lidocaine when packaged in a bottle with a tamper resistant cartridge which can only be dispensed through a rubber ring applicator for tail docking and castration of lambs; or castration of calves.”

With the approval of the Australian Pesticides and Veterinary Medicines, NumOcaine would be able to be sold unrestricted over the counter and online without vet referral.

The TGA has also proposed that lidocaine be rescheduled to S5 for “aqueous gel preparations containing 4.5 per cent or less of lidocaine, for the dermal spray-on administration to post-surgical wounds associated with ‘mulesing’ of sheep; tail docking and castration of lambs; or castration and disbudding/dehorning in calves.”

The APVMA is currently putting NumOcaine through its evaluation process as an S5 product for sheep/lamb use.

NumOcaine has had limited uptake for calf castration, but Numnuts inventor and Senesino director Robin Smith said it will remain an S4 drug for this purpose, although he hopes to eventually seek S5 rescheduling and APVMA approval for cattle.

This week Mr Smith said the AVA application to oppose the TGA decision “roadblocks” the ability to distribute NumOcaine S5 for sheep use in 2022, “and if successful, will make vets the exclusive resellers for evermore.”

NumOcaine will not be sold over-the-counter direct to sheep and wool producers in Spring/Summer 2022, but in the fourth quarter of 2022 is a possibility and 2023 is more likely, he said. A Numnuts tool using NumOcaine being used during lamb marking.

Mr Smith is asking sheep producers to outline to the TGA before 31 January why they oppose the AVA application to reverse the TGA decision. He said he had deep sympathies for rural sheep vets, but believed there are too few to adequately promote awareness of the various pain relief products available.

“It would be like consultant surgeons being the only ones able to distribute COVID vaccines.

“A single objection came from the AVA on the publicly expressed grounds that NumOcaine’s active ingredient, 2 percent lidocaine, might be extracted from our tamper-resistant bottles and misused by DIY surgeons, cocaine dealers and body modifiers.

“During the original approval process last year, the TGA examiner acknowledged the AVA’s concerns, yet took the pragmatic view that the risks of misuse and abuse were sufficiently mitigated, and the benefit to animal welfare due to the increased access outweighed the potential risks,” Mr Smith wrote this week.

By comparison, the lamb mulesing pain relief treatment Tri-Solfen, with a 4.5pc lidocaine content, is already rated as S5 and is available over-the-counter in 20 litre containers.

Mr Smith said the AVA is very concerned that NumOcaine as an S5 drug will be able to be used for off-label generic use; however, he said its label would stipulate its use only within the Numnuts system.

“Anyone who uses it for any other means would be breaking multiple laws.”

The product is now being used across 2-3pc of the national flock, but Mr Smith said for wider take up of pain relief options farmers have to be “crossing paths” with suppliers stocking the products on a weekly basis, as during visits to their local rural store.

“This is not about taking NumOcaine or Numnuts away from vets, it is about widening its availability to the other channels.”

Mr Smith said signs that pain relief in lamb marking is going to become a greater requirement across global lamb and wool supply chains meant availability of affordable products is going to be more important than ever.

“We are saddened at this attempt to reverse the rescheduling by the AVA,” he said.

“We believe this runs counter to the interests of lamb and wool producers, by limiting the awareness and promotion of the animal welfare innovation that’s central to our business.”

Vet product oversight can have market and industry impacts

The AVA has argued that a ‘tamper-resistant’ condition placed on packaging of Schedule 5 preparations of lidocaine can be circumvented, but these risks are manageable under a Schedule 4 listing. The association has said misuse of lidocaine poses public health risks, including as an unregulated anaesthetic by illegal “body modifiers”, in the dilution (“cutting”) of cocaine by illicit drug manufacturers, and as a suicide agent. The AVA is also concerned about the prospect of lidocaine being used as a masking agent in performance animals or to perform painful acts of veterinary science, with poor animal welfare outcomes. The association has also suggested that access to lidocaine for use by farmers on livestock is not impeded by the involvement of veterinarians, and veterinary oversight of the quantities and use of the substance is important to mitigate the risks of misuse or diversion. 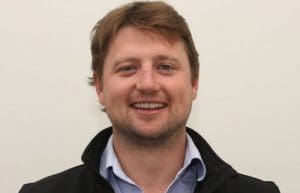 President of the AVA’s sheep, goat and camelid veterinarians group Andrew Whale said vets were amazed that TGA found that NumOcaine was fit for over the counter use, based on the so-called tamper-resistant packaging.

The TGA ruled that “the (NumOcaine) product design sufficiently mitigates the risks of diversion.” However, Dr Whale said within 30 seconds a NumOcaine bottle top can be ripped off.

“We have evidence that we’ve supplied to them that within 30 seconds this (the NumOcaine bottle) is no different to a normal bottle of lidocaine.

“I don’t these people really get to handle the product and understand really how it is used and how it is so-called ‘tamper-resistant.”

He said the NumOcaine bottle was initially described as tamper-proof and then as tamper-resistant.

“Probably the major issue we have is that a product that is not freely available is going to be now freely available and the way it is packaged does not really prevent it from being used for whatever purpose they want.”

“You can pump it four times to get 6mls, which is exactly what you would put in a cow to give it an epidural to do a caesarean or pull a calf — to do something that is a vet-only job.

“We just think that is arming them with a product that, in our eyes, should be vet-only, because the vets are the only ones that really know how to use it and how to manage that calving or lambing animal far more appropriately than someone who is untrained,” he said.

“This being used for purposes beyond on animals is going to be an undoubted consequence of making it freely available.

“If the TGA decision is not reversed anyone walking in off the street can get 20 litres of NumOcaine and no-one at that reseller is doing the wrong thing by selling it to them,” he said.

“I can’t remember the dose, but you don’t need much of it to kill a child.”

He said the deaths of two people in New South Wales last year were associated with lidocaine.

Dr Whale said there is also a toxicity potential with the use of lidocaine with other pain relief products.

Dr Whale said vets felt that their 5-6 years of university education is somewhat discounted in Australian livestock production circles, “like it is nowhere else in the modern countries of the world.”

As a vet and farmer, Dr Whale said he is concerned about the continual trend to leave vets out of the sheep veterinary space.

“It’s all very good and well to say more sheep would get pain relief in Australia, but if there is no professional body that can say sheep get adequate pain relief, then what’s the point?

“That’s what our overseas competitors can say.”

He said vets are not advocating for them to do all animal husbandry procedures as is happening overseas.

“But is it really a bad thing in Australia that every farmer that uses pain relief (under S4 scheduling) can actually say: ‘I have veterinary approved pain relief’?

“To me, that is fantastic marketing for our country and for the product we sell,” he said.

“We cannot do that if it is just over the counter.”

Dr Whale also queried whether future improved pain relief products initially released through vets would be taken up by sheep producers while resellers were promoting over-the-counter options. Vets believe if NumOcaine continues to be supplied under vet prescription that when better products become available, recommendations can be made based on science rather than commercial interests, he said.

Dr Whale said vets are subject to oversight of their advice, whereas already some producers are using mulesing pain relief product Tri-Solfen on tails docked with gas knifes, potentially on the recommendation of a reseller.

“Is a $100 cost each year to have veterinary oversight of your farm really making something to hard to get when at the moment people are paying $10 for every lamb they sell through an agent?

“Why are we worried about this very small fee to ensure we are using an appropriate product?”

Dr Whale said if Australia’s sheep and cattle industry is hit with an exotic disease that needs eradicating, private vets cannot be expected to help producers who are not clients.

“Do we want to have a veterinary army ready to help us to eradicate a disease when it comes? What’s our game plan?

“We are only going to be interested in being involved if it is part of our income generation.”

“There are very few scientifically-trained sellers of animal products, apart from veterinarians, in Australia.”

He said Australia had good agronomists that recommend and sell products.

“We think something similar would develop in the sheep space if there was income derived through sales.”

“Gudair and Tri-Solfen both went from vet-only to over the counter and both of them have only gone up in price.”

Dr Whale said vets found it insulting that the TGA seemed to have decided that not having vets involved with sheep producers is improving animal welfare and might have had the impression that vets actually also administer NumOcaine on farms rather than advise on use.

“I think the TGA probably doesn’t understand the dynamics of the sheep industry.”

“If we are serious about people using pain relief it needs to be easily accessible.”

“I think I understand why the vets have proposed the reclassification, but I think their logic is wrong.”

He believes NumOcaine should be available by purchase through veterinarians, at retailers and direct online. RWS accredited wool growers are being paid a sufficient premium in wool price to use pain relief at castration and tail docking, Mr Field said.

The AVA is also opposing a proposed TGA amendment to the Poisons Standard to make oral transmucosal preparations of up to 1 per cent Meloxicam concentrations for pre-surgical animal treatment and pain management from Schedule 4 to Schedule 6 status to allow access without a prescription. Oral-form Meloxicam as Ilium Buccalgesic OTM is used for calf castration and dehorning or in lambs for castration, tail docking and mulesing.

Click here for more information and to view the TGA decision reports and AVA applications statements.