A REVIEW into the description of mulesing status on Australia’s National Wool Declaration will be held this month, before the completion of research into sheep freeze branding.

But sheep freeze branding developer John Steinfort believes the Australian Wool Exchange can still improve mulesing status and welfare treatment descriptions on the NWD by including whether pain relief was used.

Dr Steinfort would like processors to offer premiums for wool from sheep that have undergone any lamb marking and breech process with pain relief.

The Australian Wool Exchange late last week announced that submissions to the review would close on 24 March, allowing less than two weeks for industry feedback.

AWEX chief executive officer Mark Grave said that AWEX, in March 2020, announced its commitment ‘to conduct a further review of the NWD with respect to mulesing status, with particular focus on the identification of wool from sheep treated with liquid nitrogen’.

“This review is in keeping with that commitment,” he said.

At that time, Mr Grave also said the review will take place within 12 months or when the results of the scheduled freeze branding research trials, providing clear animal welfare outcomes, were available, “whichever comes first.”

Using liquid nitrogen to increase the bare area around a sheep or lamb’s breech, as an alternative to surgical mulesing, is now known as sheep freeze branding.

In the statement last week, Mr Grave said at the conclusion of the 2019/20 review, a wide range of views were expressed regarding the use of liquid nitrogen.

“The AWEX board is committed to assess any scientific outcomes from the trials and we will be seeking an update on any available information from the trial.”

The freeze branding process has had mixed support from some overseas processors. And despite some non-mulesed grower and market opposition, growers marketing wool from sheep that have been freeze-branded are still able to describe it as non-mulesed on the AWEX NWD, as it is outside the Australian standard definition of surgical mulesing with shears. 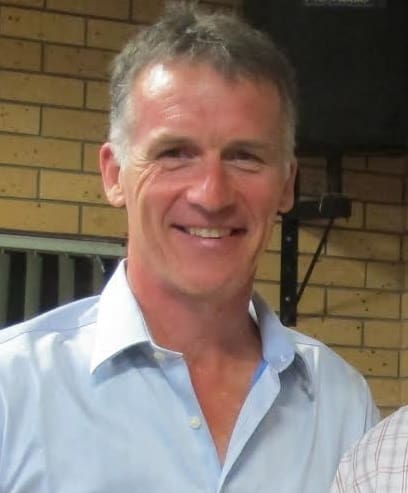 Sheep freeze branding developer John Steinfort told Sheep Central in June last year it was hoped to make some initial reports on university research trials of the process before December 2020. University of Melbourne researchers with Dr Steinfort’s company AgVet Innovations have been doing a study comparing lambs freeze branded at marking with pain relief, with lambs marked with a hot knife and/or mulesed with pain relief.

Dr Steinfort told Sheep Central today that the COVID-19 pandemic had delayed the freeze branding research and it would not be completed least of all published and peer reviewed by the end of the 2021 NWD review.

However, Dr Steinfort believed the industry would appreciate a differentiation of non-mulesed wool with a genetic origin (not surgically mulesed) on the NWD, from that coming from non-mulesing processes, such as freeze branding.

“A breech process not cutting the skin is not mulesing.

Dr Steinfort said AgVet Innovations had introduced the concept of using pain relief with all lamb-marking processes and also when freeze branding weaners.

He believed the NWD should also indicate whether pain relief was used in the tail-docking and castration of non-mulesed lambs or sheep, “adding another star to the rating of that wool for the animal welfare benefits initiated by the grower.”

“Add another column for mulesing status categories — ‘yes or no’ whether pain relied was used or not – and processors can make a choice to pay a premium or not.

“I believe industry, wool processors and consumers would like to know that information and farmers should be rewarded for a higher standard of animal welfare.”

There had been a significant uptake of freeze branding in Australia, with about 65,000 lambs and weaners undergoing the process in the past 12 months, he said.

“They (growers) say it looks like nothing has happened to them (the freeze-branded lambs) and they’re walking and feeding normally.”

“Some growers who have gone cold turkey with non-mulesing are finding it really difficult and they would like to see this (freeze branding) process defined as non-mulesed by AWEX and acceptance within the integrity systems.

“As an organisation (AgVet innovations), we are working towards that end.”

Dr Steinfort could not say when the current freeze branding research would conclude, but he expected and would encourage, further on-farm research and appraisals as the process continually evolved.

Call for feedback on new or changed issues

AWEX, in calling for NWD review submissions in a statement released last Friday afternoon, indicated it doesn’t want to go over issues covered in previous reviews.

“AWEX is seeking submissions relating to new or changed issues, with respect to the NWD, that may have arisen in the last 12 months.

“This is to minimise duplication of issues and previous submissions,” the statement from AWEX said.

Mr Grave said over the last 12 months the profile of the NWD has increased significantly with exporters and their customers seeking greater levels of validation from AWEX of their purchases, to satisfy and comply with their orders and the increasing demands from their clients and consumers.

“The NWD declaration rate has also increased, but there is still opportunity for this to improve.

“As an industry, we have been challenged to meet the increasing demands of the customers of Australia’s wool and the NWD has become an important part of an informed market,” Mr Grave said.

“Collectively, as an industry, consideration is being given to increase the uptake of the NWD to meet this demand.”

Submissions to the 2021 NWD Review of the NWD must be made in writing and include the name and address of the author/organisation. They must be received by AWEX by the close of business on Wednesday 24th March 2021. Emails are preferred.

When making a submission, please clearly state the topic(s) and the background, and where possible, potential solutions, AWEX said. Feedback and submissions to AWEX for the 2021 NWD Review can be sent to Mark Grave on (02) 9428 6100 or email [email protected]