CROSSBRED wool growers have been urged to avoid the risk of auction discounts, by skirting their clips.

Stuart Clayton, managing director of one of the major crossbred wool buyers, Modiano, said the price difference between unskirted crossbred lines and wool from classed lines can be more than 100c/kg.

“At the moment there is actually quite a big difference and with some of those poorer clips there are times when there is virtually no one bidding on them.”

He said there had recently been more demand for the 27.5-32 micron wool, but due to the wetter season there was a lot more color in some clips, necessitating skirting.

Mr Clayton said if growers are not pulling the colour out of their fleece lines, they risk being heavily discounted.

On average, this discount could amount to 50-60 cents a kilogram, but one clip sold in Sydney recently would have made 120c/kg greasy more if the grower had classed and skirted.

“They don’t have to do a lot, if they skirt it there is more chance they will get better money.

“They don’t have to do a lot of classing, it’s just some preparation.”

Mr Clayton said exporters cannot risk buying some poorly prepared clips because they know they will risk a claim in China.

“I don’t think we’ve seen crossbred wool so cheap out of Australia.

“Growers have just got to limit the risk (of discounts) and the easiest way is to prepare the wool, skirt it – they reduce the risk of coming up short.”

One issue with many composite clips is the length of the staple, making it too long for buyers of Downs type wool.

He considered improving preparation of a crossbred or composite clip a more immediate priority than using genetics to lower a flock’s micron or improve wool character, though he supported growers attempting this.

Mr Clayton said crossbred growers who are not mulesing their sheep are also missing out on premiums if they are not declaring this on the National Wool Declaration.

“We do prefer non-mulesed.”

Modiano has been focusing on Australian crossbred wool this season because they are “too cheap” because of the preparation issues, and as the company bought more accredited non-mulesed Merino wool in South Africa. 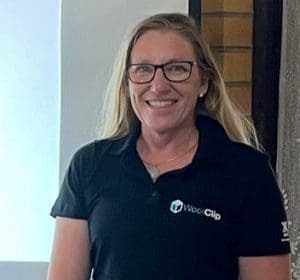 AWEX wool classer registrar Fiona Raleigh said the exchange has just released a new 2022-2024 Wool Classing Code of Practice with a lot of detail on skirting and its definition.

“We don’t advocate phrases like ‘light or minimal skirting’ – a fleece is either deemed skirted or it isn’t and that’s determined by the presence of skirting material in the sample.

“We acknowledge that some crossbred clips have very little that needs to be removed, they are very low on frib,” she said.

“Everyone thinks that skirting is going right around this fleece.

“My definition of skirting is that it is a quality assurance process; this fleece has been inspected, it is free of skirting material and is uniform, therefore it is deemed as skirted,” Ms Raleigh said.

“How we arrive at that point depends on each individual clip.

“And that’s trying to get away from the advice that: ‘You don’t need to take anything off,’ that’s not the truth.”

She said this might mean that only material such as stain, medullation and light frib is removed.

“I would still advocate going over a table because throwing a fleece over a table is preparation; the locks fall off and the dags fall out.

“Taking it straight from the board to the press is fraught – it won’t meet spec.”

She said a fleece line must be deemed skirted to carry a classer’s stencil and a P certificate.

It may be that very little material needs to come out of a high yielding fleece, but skirting as a quality assurance action is more than just “going around the edge”, it is the removal of dags, skin pieces, medullated points and stain, she said.

“We need to take whatever is necessary to create uniformity.

“The level of skirting is irrelevant.”