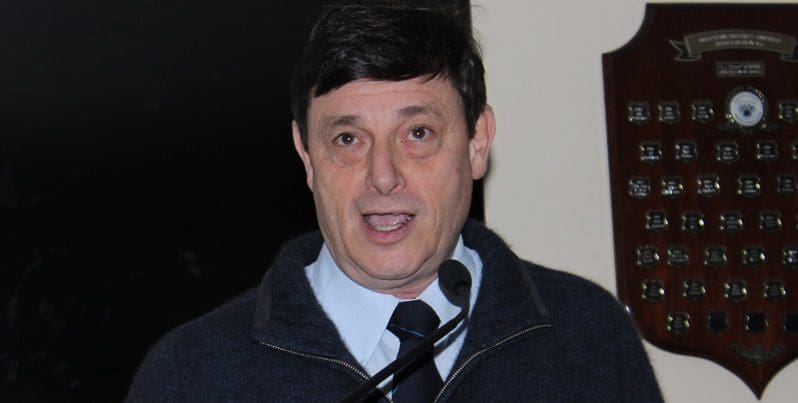 AWEX data and analysis shows that the premiums for non-mulesed Merino wool jumped in the first quarter of the 2018/19 season to more than 100 cents.

This confirms the anecdotal reports from buyers about the continued very strong demand for non-mulesed wool this season, even as wool prices in general have fallen back, the National Council of Wool Selling Brokers of Australia said in a release today.

The premiums for non-mulesed wool over equivalent mulesed wool averaged as much as 108 cents/kg for Merino wool in the first three months of the 2019/20 season to September. By micron, non-mulesed 16 micron wool attracted the highest premium of 108 cents/kg, while non-mulesed 19 micron wool saw a premium of 83 cents. Non-mulesed wool of 17, 18, 20 and 21 micron wool attracted premiums of 57 cents, 71 cents, 61 cents and 23 cents respectively for each kilogram. These are statistically sound estimates by AWEX, although some caution is required as wool volumes offered and sold at auction in the first quarter were much lower than 12 months ago. There was insufficient data for AWEX to report on the results for 22 micron wool.

NCWSBA president John Colley said the first quarter premiums are far higher than those recorded for the full 2018/19 season.

“These increased premiums demonstrate the strong demand for non-mulesed Australian wool this season,” he said.

“These far greater premiums for non-mulesed wool come at the same time that prices for Merino wool have fallen sharply and have been extremely volatile this season.

“As well, prices for Merino wool have been more volatile than at any time in the past 20 years or more.

“Buyers report that demand and prices for non-mulesed wool have been better than for other wool this season.”

Mr Colley said the reported premiums are only for wool sold at auction and are averaged across all Merino wool sold in Australia in each micron category.

“We are aware of much higher premiums being paid by some companies to wool producers for specific contracts for wool.

“NCWSBA believes that all Australian wool producers should be aware of the substantial premiums for non-mulesed wool, which reflects the clear demand signals from the global wool textile industry,” he said.

“This should help Australian wool producers in their management decisions about mulesing.”

Mr Colley said while it is encouraging to see that a record proportion of 13.6 percent of all wool offered at auction this season to September 2019 was declared as non-mulesed, volumes of non-mulesed wool remain lower than what the world is demanding.

“This is particularly the case for Merino wool, where only 10.6pc was offered as non-mulesed for the season to September.

“Nevertheless, Australia needs to lift the volume of non-mulesed Merino wool to ensure we can meet the rising demand and not lose market share to other countries.

“It is therefore vital that Australian wool producers are informed about AWEX’s latest assessment of the strong premiums being paid at auction.”

NCWSBA noted that the discounts lots of Merino wool that do not have a National Wool Declaration have been as much as 15 cents/kg in the first quarter of the 2019/20 season. As well, premiums of between 11 and 14 cents/kg were being paid for wool from sheep mulesed with pain relief, according to the AWEX data.

“The discounts for wool that does not have a National Wool Declaration have risen this season to as much as 15 cents/kg.

“We encourage all Australian wool producers to declare their wool, regardless of mulesing status of their wool to avoid this discount.” Mr Colley said.

“As well, premiums of up to 14 cents/kg for wool from sheep mulesed with pain relief have emerged this season for superfine wool finer than 18 microns.”

NCWSBA represents the majority of Australian wool brokers, with members accounting for over 80 percent of wool sold at auction in Australia in 2018/19.

It is the only national organisation representing Australian wool brokers in Australia and internationally. It will celebrate its Centenary in 2020, headlined by a Centenary wool Auction and Cocktail reception held in Melbourne on 20 February 2020. More details about the organisation can be seen at www.woolbrokers.org