Brands to turn away from wool if unmulesed demand not met 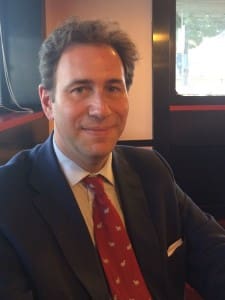 FASHION brands will turn away from Australian wool if pain relief for surgical mulesing is not made mandatory, a major wool processor has predicted.

Director of Italian processor G. Modiano Limited, Laurence Modiano, said there is no point in setting a deadline for the cessation of mulesing.

“It has been totally counter-productive in the past, but growers have to be aware that demand for non-mulesed wool is rising and, if it cannot be satisfied, brands will turn away from wool.”

“I think we need to move to a regulated adoption of pre and post-analgesia which is subject to declaration, certification and audit.”

Mr Modiano said the general industry reaction to his call for mandatory pain relief is that if growers care about their livestock, they should avoid unnecessary pain to their animals.

“Those growers who use pain relief say it has made economic sense to them as well, due to higher growth rates in lambs.

“The Minister for Agriculture (Barnaby Joyce) has said it is not up to him, but down to state and territorial governments to adopt and enforce.”

“Australian Wool Innovation’s role is to inform the growers of the pressure for change coming from consumers.

“The RSPCA has written to me to say that they are fully in support of analgesia.”

Demands for full traceability are increasing

Mr Modiano said every time a new video depicting extreme cruelty to sheep goes viral on the internet, wool is associated with pain and cruelty, to the disgust of end users.

“Brands are now tightening up and increasingly demanding full traceability.

“The full-scale adoption of pain relief during essential animal husbandry immediately portrays a nation that cares about its animals,” he said.

“The clamour for non-mulesed wool won’t go away, but the image of Australian wool will change for the better.

“There is definitely a limit to non-mulesed superfine wool in the world, in particular 18.5 micron and finer,” Mr Modiano said.

“But the real problem is Merino’s association with perceived animal cruelty.

“This is severely limiting its attractiveness to global brands.”

National Wool Declaration should be made compulsory

Mr Modiano also said all growers who sell wool should be legally obliged to fill in the National Wool Declaration.

“At the moment only 52percent of clips sold this season have used the NWD.

“Of these 8pc has been declared non-mulesed, 3pc ceased mulesed and 21pc where pain relief has been applied,” he said.

Mr Modiano said 48pc of Australia’s clip has not been declared at all, of which a large proportion is crossbred wool, where the sheep do not require mulesing at all.

“If growers were to declare this wool, they would very likely be receiving premiums for it, as exporters will naturally give preference.”

Mr Modiano said European demand through his company for wool from non-mulesed Merino sheep had increased by 50pc in the last six months.

“Much of it is destined for the USA, home of many of the world’s largest brands.

“We are now receiving daily enquiries for such wool.”

Mr Modiano said the internet is shining a bright spotlight on all supply chains and it is for us to provide full traceability and accountability.

“They don’t care about blowflies.

“They just see a mulesed lamb wriggling in pain and blood and immediately associate it with wool, a fibre that has long been identified with luxury and glamour.”

Mr Modiano said “the days when mulesing was an acceptable practice are numbered”.

“But this isn’t just about mulesing; it is about perceived cruelty to animals.

“So I urge you to do what is right and demand from your government at state and national level to make pain relief a legal obligation.”