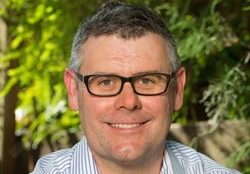 BIOSECURITY will be at the top of Minister for Agriculture Murray Watt’s list when he visits Indonesia next month.

Mr Watt told Beef Central today that he intended to visit Indonesia in the next two to three weeks as the country works with Australian assistance to contain the spread of Foot and Mouth Disease and Lumpy Skin Disease.

Sheep Central has been told of concern among leading veterinarians in Australia at the progress of the Indonesian containment effort. The vets’ concern included the scenario that the outbreaks might not be contained and will progressively spread east into the Indonesian provinces bordering Papua New Guinea and Australia.  A number of these provinces have significant pig populations.

Mr Watt today said the risk of FMD and LSD spreading into provinces closer to Australia and into PNG is “certainly a concern.”

“Already we’ve seen the outbreaks spreading across Indonesia and obviously the closer it gets to the Australian mainland the greater a threat that is to us.

“That’s exactly what we are working on with the Indonesian Government at the moment,” he said.

Mr Watt said he would need to get specifics on the progress of the current FMD and LSD vaccination programs in Indonesia.

A Department of Agriculture Water and Environment spokesperson subsequently told Sheep Central that FMD has continued to spread into 19 provinces, with more than 200,000 cases recorded.

“Vaccination has commenced in infected provinces.

“Australia has provided LSD vaccine to assist Indonesia and is in the process of procuring FMD vaccine,” the spokesperson said.

“Australia has so far committed $910,000 for LSD support on vaccine procurement and for communication campaigns and materials.

“The exact amounts for FMD assistance and further LSD assistance are subject to further discussion with Indonesian officials.”

On 27 June, Indonesia’s Director General of Livestock Nasrullah said 58,275 livestock have been vaccinated for FMD.

A DAWE spokesperson said there are 215 cities/districts in Indonesia with FMD cases.

“The outbreak is now widespread on Java island, still pocketed on Sumatra island and Lombok island is heavily infected.

“A total of 231,715 livestock are infected,” the spokesperson said.

“The exact amounts for FMD assistance are subject to further discussion with Indonesian officials.”

Sheep Central asked Mr Watt if he believed Australia had sufficient skilled veterinary and other staff resources to manage an FMD or LSD outbreak.

“That’s something that I will need to take advice on from my department.

“Most of my discussions I’ve had with them so far have been about what we do to keep the outbreaks out and what more we can do to support Indonesia in particular, to avoid the outbreaks coming,” he said.

“I haven’t as yet been thoroughly briefed on whether we have enough vet numbers.

“I’ve certainly had a broad briefing about the plan that we have in place to deal with the outbreak, but I probably need to come back to you on that one specifically.”

At an industry ministerial roundtable last week, the National Farmers Federation told Mr Watt a long-term, sustainable biosecurity funding pipeline to help protect agriculture, communities, the economy and the environment must be a top priority for the new Federal Government.

Need to do better than crisis management – NFF

NFF vice-president David Jochinke said biosecurity isn’t a catchy word, but an issue all Australians have a vested interest in.

“Significant incursions will not just impact agricultural value chains and market access, but will have an impact across the whole economy.

“Right now, Australia’s livestock and support sectors are working hard to prevent the possible incursion of Foot and Mouth Disease and/or Lumpy Skin Disease, with both diseases detected in Indonesian cattle,” he said.

“Government and industry are supporting our regional neighbours in the containment of both diseases and in the safeguarding of our sector should there be an incursion on home soil.

“There has been significant effort, both now and over the many years prior, to develop preparedness plans and programs. Just today, industry and government met to progress the LSD National Action Plan,” Mr Jochinke said.

“However, adequate investment is needed to bring these plans to life.”

Mr Jochinke said the current threats were just the latest in a long line to bring into sharp focus how volatile Australia’s $80 billion agriculture sector was to potentially disastrous biosecurity outbreaks.

“We need to do better than tackling problems at the point of crisis.

“We must finalise the National Biosecurity Strategy, and deliver the investment required to strengthen our system.”