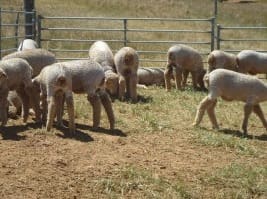 BIOCLIP — the wool harvesting system that was once promoted as an alternative to conventional shearing could soon have a new owner.

The company that owns the biological wool harvesting system, Anagen Pty Ltd, has been put into administration owing creditors more than $3 million and is facing liquidation.

BioClip utilises a patented epidermal growth factor (EGF) injection to produce a natural break in the wool of sheep enabling harvest of the fleece and removal of unwanted fibre from self-shedding breeds. The shed wool is then collected on the sheep with a special net before removal.

However, despite shearing equipment company Heiniger Ltd taking over global distribution of BioClip, sales of the wool harvesting process have been suspended since late 2013 due to insufficient support for the product in the sheep industry. Sales before the suspension were mainly to shedding breed flocks for the fleece removal from poor shedders. A prospectus funding by Anagen in 2010 to raise $4 million for commercialisation of the BioClip was undersubscribed.

Western Australian accountancy and insolvency specialist HLB Mann Judd was last month appointed as administrator of Bioclip owner Anagen Pty Ltd and has advertised for expressions of interest in the company’s intellectual property and inventory assets.

“We’ve had three expressions of interest.

“Are they lukewarm, are they hot? We don’t know.”

Expressions of interests close on February 17 this year.

At a creditors meeting in Perth on February 7, Mr Wallman will recommend that the company be liquidated, primarily because the Anagen directors have not proposed that the company enter into a deed of company arrangement. He said Anagen has been dormant for a couple of years and there hadn’t been any active sales recently.

“The long and the short of it is that they wanted to float it, they’ve run out of money, the Heiniger and Higeta were supporting it in the last few years and they’ve basically said enough is enough, and decided to put it in administration.

“They tried to basically do an ASX float, didn’t raise sufficient funds and it’s been pretty much in mothballs since.”

In his report to creditors, as of December 23, 2016, Mr Wallman has estimated Anagen’s total liabilities from shareholder loans were $3,046,780 and its total assets were $4,671, listing its intellectual property and stock values as commercially sensitive information.

The BioClip assets include Australian and New Zealand EGF patents, sheep restraining equipment including a handler, scoops and cradle, about 107,000 BioClip nets and 4291 out-of-date EGF doses suitable for research and development purposes.

Heiniger listed the process’ advantages as including no teat or pizzle damage, improved lamb growth and survival, no second cuts or skin pieces and a higher wool yield of top from greasy wool. It was also touted as being easier than mechanical shearing, offering greater labour flexibility and as a safer alternative to mechanical shearing.

However, in 2015, the cost of the EGF gel and the net was estimated at about $6.50 per unit, with labour costs lifting the cost per sheep to about $10.50 when contract shearing rates were around $7.50.