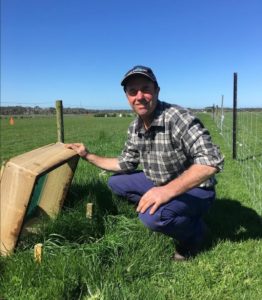 BIOCHAR’S benefits in sheep, cattle and cropping systems will be the focus of a three-day study tour across south-east South Australia and south-west Victoria this month, as part of the 2019 Australia New Zealand Biochar Conference.

Biochar refers to the carbon-rich materials (charcoal) produced from the slow pyrolysis (heating in the absence of oxygen) of biomass, which in the SA-Victorian Green Triangle Region is being sourced as forestry waste.

The study tour starting at Mt Gambier on Sunday October 20 and continuing in Victoria until October 22 will visit biochar production facilities, farms using biochar in sheep production and on crops, as well as hearing speakers who have used biochar in cattle feed and on various crops.

After the study tour, the conference will continue in Melbourne until 26 October.

Western Australian beef producer Doug Pow will also talk during the study tour about how he has incorporated biochar into cattle feed to store carbon in the soil, and reduce methane emissions, fertiliser applications and drenching, to improve the productivity of his Manjimup farm.

Mr Keiller’s project has involved adding two percent biochar to stock feed, with manure collected and transferred to the plot site, where it is used alongside non-biochar fed manure with and without dung beetles across 30 plots.

He said the trial, which is just four months into a two-year study, was providing a greater understanding of the beetle and biochar’s role in soil productivity, showcasing how deep the beetle could burrow.

He said early signs showed it was creating a productive ecosystem to improve pasture growth, soil productivity and carbon sequestration.

“We are seeing benefits already.

“Research indications globally show (biochar) can add to productivity and we are really asking that question,” Mr Keiller said.

“Biochar has the ability to put carbon in soil which has to be a good thing. We don’t want to go to thousands parts per million … but we might.

“The early indications are (biochar) adds to nutrient retention and also there are indications it adds to moisture retention which extends the growing season,” he said.

“In a drying climate, or in any situation, to maintain moisture has to be very, very good.”

He is also a collaborator in the Federal Government Dung Beetle program and is hosting a dung beetle nursery to help bolster declining populations and to assist in establishing new breeds.

He said he had grown an interest in biochar questioning the “value and opportunities” of the product which is in abundant supply in the Green Triangle region from forestry waste sources.

“My interest in biochar is that it will be a resource in this area in some stage in the future, the question is what is it benefits and how do we best use it?

“The indications are it will increase productivity but what are the rates, the affordability, how much do we need?” he asked.

“There is plenty of biomaterial … the material is here, but the question is how can we best benefit? 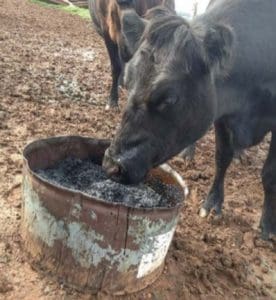 “Biochar is starting to be used on a global scale and demand is going to grow. It is clear that the Green Triangle region, particularly the Glenelg Shire, can have a prominent role in providing for this emerging market,” Mr Burgess said.

“There is great opportunity to use biomass residue to creating biochar and in return power clean, green energy solutions for the region, using the large forestry waste assets which are in abundant supply.

“We are extremely excited to be able to showcase some of the great local examples of innovative biochar use as part of this inaugural local conference, which will feature world learning biochar specialists from China, which is leading the world on the use of biochar in farming.

“There will also be speakers from Europe who are leading biochar in animal feed, from the US which is leading on biochar for soil water retention and filtration and from Australia where many examples of biochar in commercial use will be discussed.”

The dung beetle project is led by the South West Prime Lamb Group and has been funded in partnership with Agriculture Victoria, Meat and Livestock Australia and the Glenelg Hopkins Catchment Management Authority.

Click here to review the three-day study tour itinerary. Click here for more information about the five-day conference and to register.