Big turnover rise for AuctionsPlus in sheep and cattle

Online livestock trading platform AuctionsPlus has notched up a strong 2014 turnover result for both sheep and cattle. 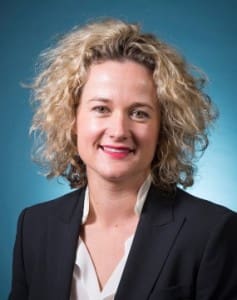 While the high turnover in stock generally last year was obviously influenced by the Eastern Australian drought, AuctionsPlus chief executive Anna Speer says it can also be partly explained by increasing buyer and seller interest in online trading, generally.

“In fact drought probably does not work in AuctionsPlus’s favour so much as saleyards, because there tends to be a sense of urgency in many drought-selling decisions, that only saleyards can provide,” she said.

“We tend to find listings on Auctions Plus tend are a little more strategic, because they know they can put their reserve in and get in for another round.”

The calendar year figures are supported by solid rises in trade so far in the current 2014-15 fiscal year, which are well ahead of year-earlier figures.

One of the trends has been growing buying activity from live exporter buyers, particularly in southern areas for Angus steers into the Russian market. That in turn is pulling through listings of lines of cattle suited to live export.

In sheep, the new OJD Plan in NSW has allowed producers to target broader selling areas, based on biosecurity areas. Strong sheep areas like Walgett, for example, are now able to trade more broadly on the basis of their OJD regional biosecurity plan status.

Similarly, there has been strong AuctionsPlus trade on OJD-free sheep out of Queensland into South Australia and Victoria, at premiums of up to $25 a head, on the basis of OJD status.

Ms Speer said the current circumstances being seen this week, where cattle prices in the direct consignment supply channel for both slaughter and young cattle were ‘struggling to keep up’ with the (physical and online) system, due to the rapid market adjustments, clearly demonstrated how strong the auction system was in exposing cattle to the broadest possible buyer market.

“It gives the vendors that transparent opportunity to see who is actually in the market for those cattle, and what they are prepared to pay,” she said. “The bigger the buyer pool, the more opportunity the vendor has to find that competitor who will pay the top price for the stock.”

A series of marketing and technology innovations are helping drive current AuctionsPlus momentum this financial year.

Uptake of video as a supporting tool for listings continues to grow, and while their use varies among the assessors and agents involved, there is rarely a sale now where a considerable number of videos are not included.

“Tasmania is perhaps the highest adopter in the video space – they’re doing some great sheep and beef videos down there,” Ms Speer said. “To be truthful, I’d say that there is a price bias emerging towards those listings that have a video in support, as it just gives those buyers that little bit more confidence when bidding. The really switched-on operators also do a little video after the sale, which also serves to promote their own business.”

Targeted AuctionsPlus feature sales are also continuing to gain a foothold, with an inaugural special feeder and weaner sale schedule for next week, and the ‘Bid the Grid’ slaughter-only sales likely to kick off during February.

“The beauty of the AuctionsPlus platform is that we are not restricted by geographic location. If there is a certain area, or market segment that will really benefit from a targeted sale, whether it be breeder replacements, PTIC or PTE cows, weaners, or whatever, we can schedule a special sale to suit,” Ms Speer said.

“We’re talking to agents and assessors regularly to determine whether circumstances mean they have a special sale prospect in their area. Rather than having their own individual special sales, we are pushing for open independent sales to deliver greater volume, which in turn attracts more buyers.”

“We’ve already had strong bookings for the breeder cattle sale in February, so that may become a fortnightly event. For the National weaner and feeder sale next week (Friday 23 January), we’d be disappointed if we don’t get over 2000 head, and we could easily exceed that.”

Special bloodline sales will again feature in 2015, with the likes of Te Mania Angus and Palgrove Charolais again likely to host sales for progeny listed by their commercial bull clients.

“We’d like to think that buyers can feel completely assured that what they buy is what they get, matching the description on the assessment. We’ve already started on assessor training and refresher courses, but in addition, one of the introductions this year is a feedback mechanism, so that both buyers and vendors can provide performance ratings on their assessors.”

“In time, that could even go so far as feedback on transporters, making the whole system very transparent. It’s about giving the people doing the right thing a pat on the back, and helping support and educate those that are struggling a little.”

While the AuctionsPlus predecessor, Computer Aided Livestock Marketing, was founded on slaughter cattle, the trend has swung heavily to store stock, now representing “in the high 90 percents” of all cattle sold online.

But the launch of dedicated “Bid the Grid” slaughter cattle sales in late February or early March will aim to correct that, Ms Speer said. Two preliminary “Bid the Grid” sales were held last year, and webinars will be held soon to build buyer, vendor, and agents’ training in advance of the launch.

The first few sales will be built around cattle-only in Queensland, but the intention is to take the “Bid the Grid” program across both beef and sheep for slaughter, and across all states, once it is embedded. Day of the week, and frequency, are yet to be finalised.