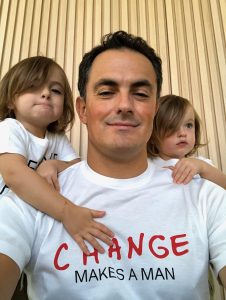 AUSTRALIA’S wool bodies should focus on marketing the environmental and ethical sustainability of wool and promote non-mulesing among growers, according to international processor Giovanni Schneider.

Mr Schneider believes price premiums for non-mulesed wool will increase and growers who mules their sheep might have to sell their wool at “big discounts”.

After the Schneider Group recently announced that clothing brand pressure meant it would be unable to accept wool from mulesed sheep into its Authentico integrity scheme, Mr Schneider outlined his views on the impact of animal welfare issues on wool marketing.

Although he recognises the welfare benefits of mulesing with pre and post-operatively applied pain relief in Australia, Mr Schneider believes continuing to defend mulesing to consumers is not a sustainable marketing strategy.

“No, this is definitely not a marketing strategy.

“But we know that unfortunately not every wool grower has the possibility to transition to non-mulesing.”

So as well as focusing on the environmental and ethical sustainability of wool and promoting non-mulesing, Mr Schneider believes the Australian wool industry should engage in constructive dialogue with the “less radical” organisations to convince them that pre and post-operatively applied pain relief is an acceptable alternative for those growers who have no other solution.

“There is no point in fighting against animal welfare organisations: we should lay down the arms and begin a constructive dialogue with them.”

Mr Schneider said in a world dominated by social media, where people are bombarded with superficial information, “the image of a bleeding lamb is worth much more than a thousand scientific research studies”.

“Australia has been very firm in stating that mulesing was sometimes a necessary procedure, but in the meantime other countries reacted differently, offering an alternative to Australian wool.

“I am not stating there will no longer be any demand for mulesed wool,” he said.

“To be very frank, most people don’t even know what mulesing is, but global brands have to protect their image and don’t want to be exposed to any sort of negative publicity.”

Mr Schneider said the fashion industry is continuously consolidating, meaning brands that were once independent must now adapt to group policies, in terms of animal welfare.

“So in other words, there will always be a market for mulesed wool, but this market is shrinking every day and in the long run, growers who mules will have to sell their wool at big discounts.

“Already today, the price difference between mulesed and non-mulesed wools is in some cases well over A100 cents a kilogram and I expect this number to increase in the future.”

Mr Schneider personally believes that the combination of pre and post-operatively applied pain relief when mulesing is far better than non-mulesing, as it reduces the pain coming from tail docking and castration.

“We’ve tried to promote these good practices through Authentico and I have personally visited many brands together with my clients to explain the concept.

“The brands themselves understand it, but they can’t be vulnerable to animal welfare organisations,” he said.

“So, I want to encourage the Australian growers and their representative to discuss openly with the less radical organisations and especially with Textile Exchange, who is today considered the best practice when it comes to animal welfare.

“If they manage to convince these organisations, there might be a chance to defend the use of a combination of pre and post-operatively applied pain relief during surgical procedures,” he said.

“My promise is that I will personally continue to promote pre and post-operatively applied pain relief as best practice, but so far my efforts have been useless.

“I couldn’t find a single retailer willing to pay a premium for this kind of wools.”

Mr Schneider said wool has many great characteristics which make it the most environmentally-friendly fibre in the world together with linen.

“Personally I’ve launched a campaign to create awareness over micro plastics pollution coming from synthetic fibres and over 100,000 people in Italy have signed it.

“Wool is also very sustainable in terms of the creation of jobs,” he said.

“You need hundreds of thousands of people to grow and to spin all of Australian’s wool.

“You need just a single oil well, a portion of a refinery and just a few thousand people to produce a similar quantity of polyester,” Mr Schneider said.

“These are the positive messages the wool industry has to deliver, very strongly, all together.”

On the importance of Australian industry leadership respect for wool’s customers, Mr Schneider quoted Bill Gates: “Your most unhappy customers are your greatest source of learning.”

Mr Schneider did not wish to comment on the current AWI director election, but hoped that more than the 37pc of eligible or registered levy payers who voted in the 2017 poll would participate this year.