Australian brand MerinoSnug has been sold in a new joint venture deal.

AClink was established in 2013 by Australian Chinese entrepreneur Tim Kang, who owns manufacturing businesses in China and Australia.

AWN announced late last week it had signed a Heads of Agreement on the new joint venture with Australia China Link Pty Ltd, known as AClink.

The AClink deal follows AWN’s sale of the Hedrena brand to Australian womenswear label Fella Hamilton in mid-2019, three years after buying the Merino clothing company from its Geelong-based owners for an undisclosed amount. 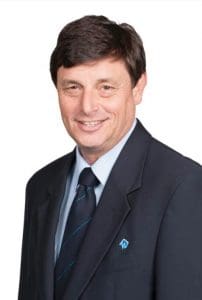 AWN managing director John Colley confirmed that AClink now owned Merino & Co and MerinoSnug, but AWN is a significant shareholder in AClink as part of the agreement.

“We’ve taken a scrip offer within AClink and I sit on the board of AClink.”

Mr Colley said the joint venture deal would mean an expansion of processing under the MerinoSnug brand, with more Australian wool being sold into AWN’s supporting Direct Network Advantage program through Merino & Co.

As part of the expansion, Merino & Co’s manufacturing operations will relocate to AClink’s factory in Perth, Western Australia, in the third quarter this year, ready to commence production in time for the Northern Hemisphere Winter.

“AClink have a much larger product range than we do, so we will be able to take DNA, which will be looking for wool of different characteristics, in an expanded range and more volume, to supply into their markets.”

“We’re using access to their marketplaces, their capital, their everything, to expand what we do.”

“It’s about bridging the gap where politics can’t and making use of the commercial opportunities that are available in China and the USA, and using our expertise in a commercial fashion.”

AWN said AClink is an established woollen manufacturing business and the world’s largest scarf manufacturer, supplying retail outlets in Australia, but with most of its sales made across Asia, in particular China. With manufacturing operations based in Perth, Western Australia, the company is were keen to extend their Australian-made story further down the supply chain, to connect their retail customers with back to the Australian wool growers whose wool contributed to the making of their garments, AWN said.

Mr Colley said the joint venture between AWN and AC Link, which will continue to be known as Merino & Co, provided a unique opportunity for the two businesses to provide high quality Australian-made wool products with traceability to discerning customers across the globe.

“Both AWN and AC Link share a vision of being able to connect wool consumers from across the globe with the sheep, farms and growers who produced the wool in their garments.

“It will provide AWN and its clients with direct access to international markets, including the lucrative Asian market, where the demand for quality Australian made products with traceability is on the rise,” Mr Colley said.

AWN said the expansion of Merino & Co, the MerinoSnug brand and the DNA program on this scale would not have been possible without the connections of a partner such as AClink. This connection into the Asia market will further build on its DNA story, providing greater access for our clients’ wool to consumers in international markets on a larger scale than ever before, the company said.

“This expansion is incredibly exciting, particularly given the current global retail climate; there would not be many clothing retail business’ investing in expanding their operations at this time as significantly as we are,” Mr Colley said.

AWN is Australia’s largest independent wool broker, and the third largest behind the big corporate brokers Nutrien and Elders. AWN acquired the Australian-based woollen knitwear manufacturing operation and the MerinoSnug brand in 2014 as part of its vision of connecting its wool growers with processors and consumers. The company said this vertical integration enabled AWN to offer its wool-growing clients a direct connection from their wool through to an Australian-made final product, through the exclusive DNA program. The retail brand Merino & Co was launched in 2017, providing a sophisticated ecommerce platform selling premium Australian wool and wool blend products across Australian and internationally, AWN said.