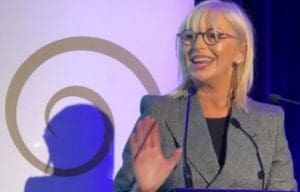 An unidentified AWI spokesperson has said the voting update information is used for internal purposes only to ensure orderly conduct of general meetings and is not shared with any director candidates, nor is it used for contacting shareholders.

Last year in Senate estimates hearings, it was revealed that in 2015 then AWI chairman Wal Merriman received a summary of the voting report and a proxy snapshot from Link Market Services. Company secretary Jim Story also revealed during a Senate estimates hearing that in past elections he was given voting progress reports for each candidate by Link Market Services and he shared these with Mr Merriman.

Sheep Central has also been told that during the 2018 WoolPoll AWI directors called major levy payers to ensure they voted, potentially offering the directors the opportunity to lobby levy payers to support AWI’s preferred 2pc option.

Concerns over the voting updates have been raised because Mr Merriman is re-standing in the 2019 election for his last term, alongside fellow director David Webster on a ticket with New South Wales veterinarian Michelle Humphries. The trio was recommended to shareholders for election with another candidate Noel Henderson by the AWI board nomination committee. The Merriman ticket candidates were also selected by the AWI board to share in undirected proxies.

In response to concerns that AWI directors’ past use of voting updates might continue, WoolProducers Australia president Ed Storey said the peak grower body had no evidence that update information was being used by anyone in the 2019 AWI election. But the issue has been highlighted in Senate estimates hearings and there was a great deal of concern expressed about it, he said.

“WoolProducers would be horrified if that was happening in this election or if it does happen.

“We would assume that the chair of AWI would rigorously ensure that all candidates had equal opportunity and ability to campaign for their candidature,” he said.

“Should it be the case that one or two directors who have access to extra information use that information to their advantage, the AWI chair should rule out the possibility of it happening,” Mr Storey said.

“If the chair is not open and transparent in ensuring it doesn’t happen, it brings the wool industry into disrepute and it could leave us in a position where the Minister for Agriculture is forced to act.

Mr Storey said it would be very beneficial for AWI if Ms Garnsey would take ownership of the issue and provide assurance to shareholders that this would never go on under her watch.

“The director elections are one of the very few opportunities that AWI shareholders have to contribute to the direction of the organisation and if it was found that this was compromised it would diminish the democratic rights of shareholders.”

Mr Storey said AWI directors were not meant to know which levy payers had not voted during the 2018 WoolPoll.

“If they did, that is a breach of the WoolPoll panel recommendations and of the board’s undertaking.

“If that has happened, Link Market Services or the board of AWI need to explain.”

NSW wool grower Michael Field said receiving voting progress reports and using them to gather votes during a WoolPoll or a director election was immoral and unethical.