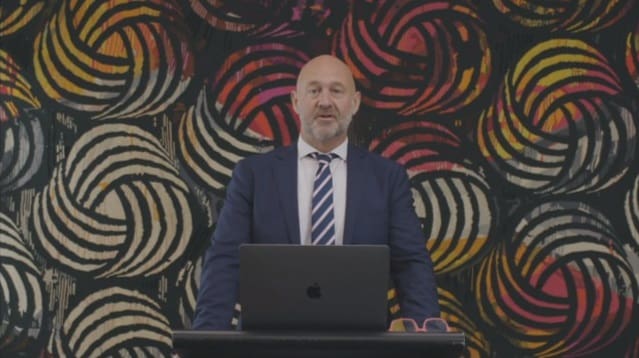 AUSTRALIA’S wool sector is relying on an industry-to-industry strategy to mitigate any impacts of trade tensions with China, growers were told today.

He said China has the right climate, population and affluence for the consumption of wool.

“They are processing about 83 percent of the Australian wool clip of which half of that they are domestically consuming.

“We are very aware of the trade tensions between China and Australia,” he said.

“We are working on an industry-to-industry basis, we are trying to bolster our relationships with our industry partners.

“So we will continue to work on those relationships.”

However, Mr McCullough said AWI has had an emerging markets strategy for eight years that would continue.

“We’ve had good amounts of success in places like Vietnam.

“We are now exporting to places like Myanmar and Cambodia and Bangladesh,” he said.

“All these places show promise for certain parts of processing in the supply chain, but emerging markets remains a key strategy of the company and is something that we will push forward in the years to come.”

In a summary of the macroeconomic status of Australia’s wool consumption partners as measured by GDP growth and its impact on demand, Mr McCullough said China is the exception with positive growth.

Wool production should stabilise at EMI of 1200c/kg – McCullough

In his AGM address, Mr McCullough said AWI believed wool production would be stabilised at around 275-295 million kilograms if prices stayed around the 1200c/kg clean (AWEX Eastern market Indicator) level.

He said after the dramatic fall in wool prices from April to June, there has been a “recovery” in the last month.

“We think that the April to June was an over-reaction and certainly the last couple of weeks have indicated that prices are stabilising.”

Mr McCullough said wool production has been largely flat for the past 10 years and has fallen in recent years because of drought, that prevailed in Western Australia and some parts of South Australia.

“We believe at the 1200c/kg level or a bit above that, we can stabilise this production around the 275-295mkg level.”

AWI board is willing to draw down more reserves

“We believe that both volume and value of wool will recover a bit in the years moving forward, but certainly this year we have $25 million in levy.

Mr McCullough said the reserves of the company remain healthy.

“If that grows that will be a bit less, but certainly the reserves are healthy.”

Mr McCullough said expenditure on portfolio projects had been compressed proportionally as revenue went down and staffing levels were being assessed every month.

He said AWI had significantly reduced its marketing expenditure because of COVID-19.

“So proportionally the company right now is probably a 50:50 research development versus marketing business.”

Mr McCullough said AWI had employed 175 people in November last year, when it forecast the expectation to reduce the number of staff to 155.

“Currently today we are at 153 people, there is still pressure to downsize the human resources of the company.

“The operating costs of this business are largely made up of two things – the human resource costs and also leases of international offices,” he said.

“So I’ve resolved with the board to reduce the human resources of the company to 125 by the end of June next year.”

AWI has cut its cloth – Garnsey AWI chair Colette Garnsey – “we have cut our cloth to match our reduced revenue.”

AWI chair Colette Garnsey told wool growers at the meeting that the effects of the drought, the level of the WoolPoll levy and the lower wool prices has resulted in a 45pc fall in AWI’s revenue in 2019-20.

“In response, we have cut our cloth to match our reduced revenue,” she said.

“We already operate in a lean, efficient and transparent manner but, just like any business facing lower income, we have made cutbacks in projects, spending and in staffing.”

Ms Garnsey said there remained a significant uncertainty in global industry in the short term, particularly with large parts of Europe and North America heading back into COVID lockdowns as they head into winter.

However, she said “the longer-term tailwinds for our fibre are undiminished given its sustainability, traceability, wearability and durability”.

“The wool industry is nothing if not resilient. Woolgrowers are used to managing cycles. I can assure you that AWI will be with you (woolgrowers) every step of the way,” she said.