AUSTRALIAN Wool Innovation has released an app to make it easier for potential candidates to gather eligible signatures so they can stand in this year’s director elections.

And although the app is only available for Apple iOS system iPhones or tablets, AWI is also offering to loan iPads for people considering nominating for the board.

AWI’s chief executive officer Stuart McCullough is pleased the app which has been two years in development will be available from today for anyone wanting to stand for the AWI board.

“The app is even more important this year with lockdowns and travel exclusions making it tougher to gather signatures face to face.

“Sadly given many of our industry’s signature events including the Australian Sheep and Wool Show were cancelled this year the number of opportunities has been reduced compared to 2019,” he said.

People wanting to nominate for the AWI board need the signatures of 100 supporting and eligible shareholders. Determining the eligibility of nomination form signatories has been an issue for candidates and AWI in previous elections, and has led to conflict between the company and nominees seeking verification of grower status. 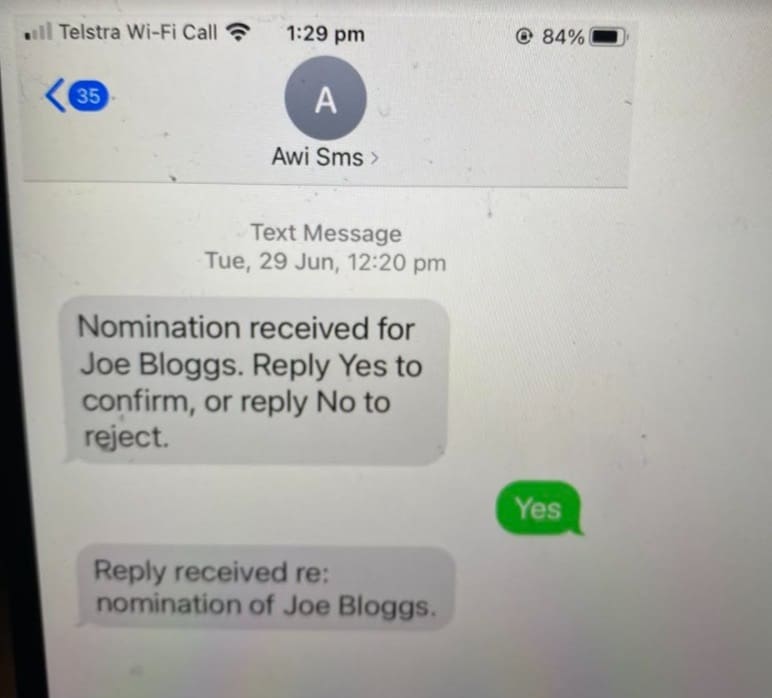 The app will send text messages to confirm a shareholder’s participation by asking for their shareholder number.

Mr McCullough said the app can be used on a smartphone or tablet and will allow candidates to confirm the eligibility of shareholders and also know how many valid signatures they have gathered.

“Shareholders will be sent text messages to confirm their participation by asking for their shareholder number.

“If they don’t know their shareholder number then they can enter their address details and mobile number,” he said.

“The system will check if they are a valid shareholder and text them a confirmation message.

At the end of the day this app will make it easier for potential candidates to get more than 99 eligible signatures to stand for election.”

AWI said the last day and time for lodgement of completed nominations by director candidates is September 20 by 5pm AEST time.

More information on the AWI director nomination process can be found at https://www.wool.com/about-awi/shareholder-information/awi-board-director-nomination/