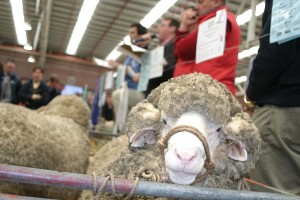 Australia’s leading sheep research body claims a consultancy has grossly underestimated the ‘genetic gain’ value of genetics and genomics investments made by Australian Wool Innovation on behalf of woolgrowers.

A BDA Group report completed late last year and released last week concluded that AWI’s investment in genetics and genomics of $3.3 million from 2010 to 2013 generated benefits of $1.5 million in present value terms, returning just 45 cents for every dollar invested, representing a loss to Australian woolgrowers.

The genetic investments considered in the report, and the level of AWI funding, included the Sheep CRC Information Nucleus Flock (48 percent), the operation and improvement of MERINOSELECT (46pc), and support for the Australian Merino Sire Evaluation Association (4pc).

The report concluded that MERINOSELECT — Australia’s genetic information and benchmarking service for Merino sheep breeders — was profitable and could operate on a user pays basis, although it had cost woolgrowers’ money.

The economic analysis of the wool industry’s research investment failed to take account of one of the fundamental principles of breeding programs: genetic improvement is cumulative and the improvement is multiplied over many sheep, the Sheep CRC said.

“A simple calculation taking into account the cumulative effect of genetic gain and using the same assumptions as those in the report, shows that the value of a three-year investment in genetic gain delivers an additional benefit to the industry with a net present value of about $6.4M rather than $0.7M as estimated by BDA,” Professor van der Werf said.

“Our calculated benefit of $6.4M is still a conservative estimate because the genetic gain will slowly spread over a larger proportion of the ewe flock – much larger than the 4 million ewes assumed to be directly linked to the 40,000 rams sold out of MERINOSELECT studs.

“Some of the assumptions made in the report are also questionable, especially with regard to the counterfactual in what can be achieved without MERINOSELECT.”

Professor van der Werf said investments in genetic improvement programs were always highly beneficial due to the cumulative and multiplicative effect of that improvement.

“The net present value of an ongoing breeding program with a modest rate of genetic improvement can easily add up to $500 million over a 25-year period,” he said.

“Even a small increase in the rate of genetic improvement is very valuable to the wider industry, even though the ram breeders capture only a small part of these benefits.”

If the AWI report had taken into account the genetic benefits delivered by its investment in the Information Nucleus Program and the doubling in numbers of new sheep registered in the MERINOSELECT program, the returns on investment would have been further increased, the Sheep CRC said.

“Given those staggering figures it was therefore very strange to read the conclusion that there had been ‘low adoption of MERINOSELECT’,” Professor van der Werf said.

The Sheep CRC said the BDA report also ignored the new breeding tools brought to industry as a result of the INF, including:

– New ASBVs and biological information for difficult to measure traits from Information Nucleus data and analyses (including meat eating quality, reproduction) from 2010.

Since 2011, the Sheep CRC said a further 6000 commercial rams have been tested, allowing breeders to:

– increase the rate of genetic gain through improved accuracy of ASBVs;

– select and breed from younger rams (decreased generation interval), and;

Professor van der Werf said Footnote #8 on Page 4 of the BDA report indicated that potential benefits of genomic technologies were not included in the evaluation.

“We have published research on the benefits of genomics since 2009, including economic analysis, but these seem to have been ignored in the AWI report.

“It is hardly surprising that if you do a cost/benefit analysis that only includes the costs and ignores the benefits then the answer will show a negative return on investment.”

The full report of the BDA analysis of AWI’s investment in Genetics and Genomics from 2010 to 2013 can be viewed at www.wool.com