AUSTRALIAN Wool Innovation has been told it could improve its stakeholder engagement and consultation as Minister for Agriculture David Littleproud expresses disappointment over his recent dealings with the levy and taxpayer funded body.

Sheep Central has been told AWI ignored the Minister’s request four weeks ago to release key WoolPoll 2021 voting information to levy payers as soon as possible.

Instead, after weeks of criticism from industry bodies AWI today has released the VIM, along with the latest independent AWI Review of Performance by international professional services firm Accenture.

The review found that AWI is meeting its requirements for governance, collaboration and research, development and extension, but could improve its stakeholder engagement, consultation and strategic focus.

Mr Littleproud said when he approved the WoolPoll ballot paper, voter instructions and information memorandum on 3 August, he strongly encouraged AWI to release the VIM as soon as possible, so levy payers had sufficient time to review it and make an informed decision.

“I am also disappointed that AWI announced its intended levy rates (on 19 July) before I was given an opportunity to consider or approve the voting pack and I will be writing to them to express this,” Mr Littleproud said.

WoolProducers Australia president Ed Storey yesterday said he wrote to AWI and Minister Littleproud on the 19th of July asking for the WoolPoll information to be released as soon as possible, given AWI had publicly started campaigning for a 2 percent levy. The current levy rate is 1.5pc.

“We have recently been advised that the information will be released in electronic form early next week,” Mr Storey said.

“All WoolProducers Australia has wanted is as much time as possible for levy payers to inform themselves of the relevant reserve levels, budgets etc to make an informed decision before they consider their levy preference for this year’s WoolPoll,” he said.

Mr Storey said he was disappointed that he had been told the information would not be released until next week.

“I don’t understand why AWI ignored not only our request, but also the request of Minister Littleproud.”

The minister has encouraged all rural development corporations to conduct themselves transparently and actively engage with stakeholders. Mr Littleproud was asked directly if he would support a further Australian National Audit office of AWI, to which he replied: “I support independent reviews of AWI.”

The minister said he will be requesting regular updates on AWI’s implementation of the latest Review of Performance recommendations.

Mr Littleproud’s comments come as a survey in the latest review of AWI’s performance found a large amount of levy payers indicated that AWI’s communication with them is average, and that grassroot wool growers are not appropriately consulted.

The ROP by Accenture found that AWI could improve its stakeholder management as well as its strategic focus and that it should give a very high priority to developing a stakeholder communication strategy and to improving engagement with the industry.

Among the key principles assessed in the review, the Accenture consultants found that AWI, under its Statutory Funding Agreement performance principles, was part-meeting its stakeholder engagement, board independence, organisational culture obligations and monitoring/evaluation obligations. The review found AWI was meeting its overall governance, collaboration and research, development and extension obligations under the SFA.

Mulesing and WoolQ should be RD&E priorities

The review also found that flystrike and mulesing must be seen by AWI as an industry priority for research, development and extension.

“The issues associated with mulesing are consistently identified as a significant risk to the industry. Many believe AWI should develop a strategy to solve the mulesing issue.

“However, AWI is not able to take an industry stance, rather providing options for woolgrowers whether they choose to mules or not. It is clear this issue is impacting industry wide progress,” the review found.

The review has recommended that the AWI board commission an independent report to measure current, and predict future trends, in international sentiment towards mulesed wool. The report should model the financial and economic impact of these trends on wool price and wool production to inform AWI RD&E expenditure and assist in communications with growers and the supply, and be published in whole or in part on Wool.com for all levy payers to access where appropriate.

The reviewers found that the WoolQ program as part of AWI’s traceability portfolio has been a subject of contention.

“WoolQ is an online platform where wool growers, classers, brokers and buyers can access digital tools to support all stages of the wool growing and selling cycle. While there was considerable initial support for the WoolQ concept at the end of the Wool Selling Systems Review in 2017, support for the project has wavered and meant key outcomes have not been met.

The review recommended that AWI re-set the intent and direction of the Wool Q program and conduct an internal review to create an ongoing stakeholder engagement strategy for the program, including re-engagement with the groups involved in the initial WSSR.

The review also recommended AWI should implement a set of go/no go criteria for each component of WoolQ, including timing.

AWI board culture has improved

In terms of AWI’s implementation organisational culture recommendations in the 2018 ROP, the report found that at board level:

“The majority of stakeholders interviewed believe board culture has improved in the 2019 2021 period and all board members feel able to perform their duties in a supportive board environment.

“However, approximately 40pc of levy payers perceive board culture as being an inhibitor to potential candidates. And approximately 43pc believe a board role involves agri-politics.”

“However, small groups within the organisation report items of concern.

“Staff interviewed appeared to be engaged and driven to AWI’s mission with regular internal collaboration and constructive conversations.”

Despite recent claims on interference in the nomination of 2019 director election aspirant Chick Olsson and AWI’s payments to sheep breeder bodies, another key finding of the review was “no evidence of agri-political activity.”

“While there is acknowledgement of the agri-political nature of the industry there was no clear evidence of board or AWI executive members bringing this into board decisions.

“Additional coaching on impartiality and risk management by an independent coach has improved the culture of the board since 2018.”

The reviewers found that the external perception of AWI board roles is still negative and some elements of organisational culture can improve, with 57pc of stakeholders surveyed saying that industry division or agri-politics was a high or very risk. In surveying levy payers on their primary reasons for not wanting to run for the AWI board, Accenture found 44pc believed a board role is agri-political, 39pc perceive the board’s culture is not open or constructive and 29pc believe there is possible negativity with the election process.

On governance transparency, the review found that increased reporting on corporate governance in the annual report as well as the implementation of 2018 review recommendations has improved transparency.

“While, levy payers are concerned about the transparency of investment activities, the independent review found no evidence of mismanagement or the need for additional controls.”

On transparency of finances to levy payers, the review found that as per the current rights of AWI shareholders outlined in the AWI constitution, financial reporting through annual reports is appropriate and in line with AWI obligations.

“While some levy paying representatives desired for more transparency of finances there is no obligation for AWI to increase reporting.

The AWI board follows ASX best practice with an annual external independent board review of performance and independence and well as standards and processes to maximise independence of the board,” the report said.

“Some levy payers identified concerns in financial management which was investigated. Independent review demonstrated clear and accountable guidelines for the use of levy payers and government co-payments at all levels of the organisation.”

AWI’s performance has been appropriate – AWI 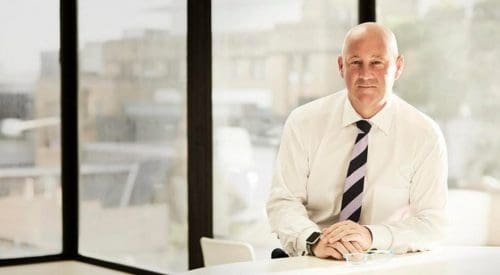 AWI today said the Accenture review found that “AWI’s performance has been appropriate” and the company “has shown notable improvement.”

AWI said Accenture also found that “while board culture has seen significant improvements since 2019, external perception lags behind the improvements.”

AWI has said it fully accepts the 14 recommendations, has already completed four and will complete the others as soon as is practical.

AWI’s chief executive officer Stuart McCullough said he is pleased with the report card, but also acknowledges that AWI must continue to work hard on behalf of Australia’s wool growers.

“For wool growers, the report means that their company, AWI, is being rigorously evaluated every three years, so opportunities for AWI to do better can be identified and addressed.

“As well as being complimentary on many things that AWI does, the most recent report also highlighted AWI’s positive response to the previous (2018) review of performance,” he said.

“While we will address these new recommendations expeditiously, the fewer recommendations in the latest review is a demonstration of both how seriously we’ve considered these reviews and, importantly, how far AWI has come in improving its performance.”

Mr McCullough said it is great to see recognition of the hard work AWI’s staff does across all areas to deliver the best possible outcomes for wool growers.

“Notable achievements including strong results in the on and off-farm research areas as well as marketing programs that lead to more sales of wool.

“At the same time we can and will do better to improve our stakeholder engagement as well as monitoring and evaluation and we will step up our efforts in that regard.”

Key findings highlighted by AWI include:

Review recommendations highlighted by AWI include:

AWI said progress on the review recommendations will be updated on rop.wool.com as it was for the 2018 review.

The full Accenture review report can be found here.