AUSTRALIAN Wool Innovation’s 2019 director election has exposed an ongoing divide within the industry over animal welfare and governance, according to analysts.

Growers have variously welcomed the election of two new directors to the AWI board, while being disappointed and encouraged by the removal by shareholders of former chairman Wal Merriman.

Mr Merriman, AWI’s chairman for 10 years up to 2018, polled 146,398 ‘for’ votes and 152,825 votes against his re-election, which Australian Wool Growers Association director Robert Ingram said showed the industry was divided on animal welfare and governance grounds.

“The Merriman vote is a vote of traditionalist versus progressive growers – the vote for and against him was split almost exactly down the middle.

“There is still huge division in the industry when you look at the Merriman vote result,” Mr Ingram said.

The election result was characterised by significant numbers of votes against all re-standing directors and against the former directors seeking a board seat — NSW wool grower Paul Cocking and NSW stud breeder George Falkiner.

The Merriman ticket campaigned on defending growers right to mules their sheep, whereas other candidates were more supportive of mandatory pain relief and a transition toward plain-bodied sheep not requiring mulesing.

South Australian wool producer and MLA board member Andrew Michael also said the voting result showed that there was a split in the industry over animal welfare and governance.

“Clearly there are two camps within the Merino industry now, with as wider divide as we’ve ever had, and where to from now? I honestly don’t know.”

Mr Michael said it would not take long to see if there would be a change in culture at AWI.

“In some ways I was disappointed with the outcome, that we didn’t have a clearer defined research group get in – as in the ticket of Phil Holmes, Janelle Hocking Edwards and Noel Henderson.

“It would have been nice to have seen what impact that would have had on the industry,” he said.

“For an election to be fought on animal welfare and corporate governance and with the outcome, I can’t see that those will change enormously.”

Mr Michael said AWI chair Colette Garnsey and the new board was on notice as to how they would implement change and whether maintenance or a lift in the wool levy at the 2021 WoolPoll could be justified. He said growers will want to see some AWI leadership and guidance on animal welfare and governance in the next 6-12 months with positive outcomes.

“The whole industry has to have a look at where it is perceived, especially in the mulesing debate, because it is right across the whole industry, not just the wool industry.”

Mr Ingram said for there to have been real change on the AWI board at the 2019 election there should have only been a ticket of two or three industry-backed candidates in 2019, to oppose the Merriman/Webster/Humphries ticket.

He said the WoolProducers and AWGA campaign to elect three candidates – Phil Holmes, Noel Henderson and Janelle Hocking Edwards – was diluted by the votes which went to the other two candidates Paul Cocking and George Falkiner.

However, Mr Ingram said the campaign to restrict the number of open proxies held by the chair was successful, with Ms Garnsey holding less than 20,000 proxies, whereas the open proxy total has been up to almost 10 times this figure at past elections.

“It’s fantastic that people have really thought about how they want to vote.”

Mr Ingram said it was planned to put up two candidates at the next AWI director election in 2021, when AWI chair Ms Garnsey and director Jock Laurie are expected to come up for re-election, with either James Morgan or Don Macdonald.

“In 2021, we only want to put up two candidates, otherwise we don’t get change, it splits the vote too much,” Mr Ingram said.

“If Falkiner and Cocking had not stood, then Holmes and Hocking Edwards would have got up.

“What I would personally like to see is two female candidates from the progressives, with one from the eastern states and one from Western Australia.”

Mr Ingram said growers wanted to see directors show some “real independence” on the board to vote for positive constructive responses to what the market is calling for on animal welfare, and on governance, consultation and sheep genetics research.

The job’s not finished – Ingram

Mr Ingram said there had been Federal Government pressure for change at AWI, “implying that we should get our house in order and stop arguing.”

“The benefit of a democratic process is that can happen and the industry has responded.

“The job’s not finished, but what we’ve done is we’ve made a substantial change to move forward and therefore the government needs to step back and let us get on with the job,” he said.

“We made a pretty major step last week within the industry to move forward and what we want is we want the government to give us the time to demonstrate we have the processes in place to take the industry forward as a collective. 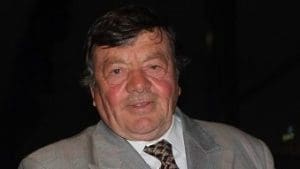 New South Wales Merino breeder Hamish McLaren said it was disappointing to see Mr Merriman leave the AWI board in the election.

“I think he was only going to do it for one more term, which I think would have been a good thing for new board members to learn from.”

Mr McLaren believed Mr Merriman would have had value in board succession, especially with his marketing experience.

“That was his passion – it’s just a shame to go like that.

“I really hope that Colette stays on, because we can’t put a value on her expertise,” Mr McLaren said.

“We are very lucky to have her and it’s a shame to lose Wally and Meredith Sheil in the one go.”

Mr McLaren said he was looking forward to seeing what Victorian stud breeder and wool grower Noel Henderson had to offer and he expected other directors would be able to learn from his board experience.

WoolProducers Australia president Ed Storey said the new board had a number of challenges.

“We wish them all the best.

“We will continue to work on issues representing wool growers.” AWI chair Colette Garnsey said she was very pleased with the annual general meeting in Sydney on Friday, which highlighted the democratic nature of the company.

“Our shareholders had their say on how they want the company run.

“They also had a say on the constitutional matters and I am pleased that was passed so resoundingly,” she said.

“The result of the election will enable the board to hear new ideas and draw on fresh perspectives, which will be good for the company.

“I think it’s great to have renewal,” Ms Garnsey said.

“But it’s also important that there is the continuity of having director David Webster returned to the board.

“That’s terrific from a corporate memory perspective to make sure that that we do get that transfer of knowledge.”

Ms Garnsey said the directors that have come onto the board also have a terrific range of skills, which will add to the performance of the board.

“I look forward to working with all board members to deliver great outcomes for growers.

“The new board will meet for the first time in January.”

Ms Garnsey would not comment on whether the culture of the AWI board, its conduct or direction would change with Mr Merriman’s departure and the two new directors. Nor would she comment on industry concern that the board was still dominated by directors complicit with Mr Merriman’s views on animal welfare and mulesing and its importance to Australian wool marketing, and support for sheep breeding genomics and genetics research.

She did not comment on she envisaged there would be any changes in AWI’s wool marketing direction or emphasis on animal welfare and traceability, and sheep genetics research or investment.

“AWI’s strategic intent is well defined in the company’s strategic plan and speaks to all the areas of research & development and marketing,” she said.

Election result is an opportunity for AWI 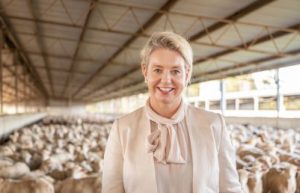 A spokesperson for Minister for Agriculture Bridget McKenzie said the election result is an opportunity for the AWI board to show it is serious about change and improving its governance arrangements and culture.

“Minister McKenzie is looking forward to working with the new board to ensure sound implementation of the recommendations of the 2018 independent performance review.

“The minister expects that AWI will consult closely with wool industry stakeholders on its implementation of the EY review and in conducting its broader activities,” the spokesperson said.

“Consultation is currently underway concerning modernisation of the research and development corporation system.”