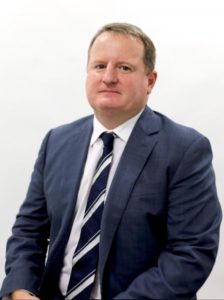 AUSTRALIAN Wool Innovation director Paul Cocking has indicated his willingness to potentially lead the grower levy-funded body out of its current governance and industry issues.

But following support from some growers, Mr Cocking said if re-elected and assuming the leadership position became available, he is prepared to chair the AWI board.

Mr Merriman is currently under siege over the ‘man in the mirror’ focus group incident, his media comments and election proxy issues. Recent events have polarised grower opinions on AWI and the chairman, who has already faced industry calls for his resignation.

Next Tuesday Mr Merriman and AWI chief executive officer Stuart McCullough will go before a Senate Estimates hearing to answer questions about governance, research activities and director conduct. Mr Merriman has told Sheep Central he would remain on the AWI board as chairman as long as he had shareholders’ support.

Mr Cocking said he was not going to challenge Mr Merriman, but believed he could bring the industry back together as a future chairman.

“I have enough independence, I have the science and business background and I have the growers’ trust,” Mr Cocking said.

“But I strongly believe that I should have been selected and have all the skills and full independence to be a very good director and contribute to very robust discussions.”

Mr Cocking is standing for re-election on a platform of improved grower consultation, communication and empowerment, with strong corporate governance and profit-focussed research and development.

In a frank expression of his personal views on industry issues, Mr Cocking said there would be no need for an oversight body for AWI if its wool-growing shareholders had confidence in the board’s oversight capacity on their behalf.

“Growers need the confidence that the board members can have independent views and act on their behalf and are capable of providing good oversight.”

Mr Cocking said AWI’s wool grower shareholders “have got to be listened to and not just felt like they are being listened to.”

“No group should ostracised because of their views – I want people to re-engage in the industry,” he said.

Need for a more transparent path to the AWI board

Mr Cocking believes there should be a more transparent path to AWI directorship for skilled individuals who can meet the necessary criteria.

“Long-term I want to give people a chance to be elected and stand for the board without so many impediments.

“I want industry stakeholders, including growers with the necessary skills, to believe a directorship is not difficult to achieve although still stringent,” Mr Cocking said.

“It is only people like myself with this level of industry exposure and skills.

“Very few people in Australia can stand for the board and get on, and that shouldn’t be the case.”

Good governance is a key priority

“The board should be fully accountable to all wool growers and they should have confidence we will act in the best interest of the industry.

“I believed we (the directors) need to be more transparent in explaining some of our decisions and if we were, there would a lot less angst in the industry,” he said.

“If we communicated our decisions to the industry, I think growers would totally understand why we made some of the decisions and they would come along on the ride with us.”

“My main thing is it is crucial that all directors should be independent in their views, above and beyond the current AWI board charter definition, in order to have robust board debates,” Mr Cocking said.

“Without independence I think discussions will be stifled, but also I think it is important to have independent directors.”

“Wool growers deserve value for money and evaluation of programs needs to be in terms that can be understood and scrutinised.”

Mr Cocking said it should not be forgotten that AWI is owned and majority-funded by fine, medium and strong wool growers.

“Growers should have the right to manage their animals the way they best feel fit.

“It is not up to the bodies to pick winners and losers in the debate over breeding or selection methods,” he said.

“I think traditional breeders and those who choose ASBVs should have equal representation on the board, and they should be able to choose how they class and run their sheep.”

No ‘heads in the sand’ on animal welfare

On issues such as breech strike, mulesing and animal welfare, Mr Cocking said it is not up to the industry to tell breeders and growers what they should do.

“We should support growers in their decisions, but at the same time I think it is crucial that AWI show leadership on this issue and real intent about the future directions on research and development and long-term strategy

“We can’t put our head in the sand on this issue.”

Mr Cocking said the issue of mandating pain relief for mulesing should be discussed, although he did not want to put his personal views on the record.

“It should be a whole of industry discussion, but it has got to be well-controlled and in-house, and growers should not be shut down when they want to bring their views forward.

“Communication to stakeholders needs to be an ongoing process and when consultation does occur all parties deserve to be heard and their views treated with respect despite their origins.”

Mr Cocking said there will be a lot of funding coming forward because of increased wool levy income and growers expect AWI to tackle these big issues strategically.

“AWI also needed to continue research on sustainability to substantiate wool’s claims and fight back against groups who say wool is not good for the environment.”

Mr Cocking’s priorities include a renewed focus on research and development, especially on outcomes deliverable and quickly adopted at farmgate level.

“Current programs such as the Merino Lifetime Productivity Project and Lifetime Ewe Management will have my ongoing support.

“MLP data needs to be made available for phenotypic and genotypic evaluation – it can’t just be raw data.”

Mr Cocking believes wool marketing should be an important part of AWI’s overall strategy, but not at the expense of research and development spending.

“Marketing should always aim at increasing the greasy wool prices and have measurement criteria built in whenever possible, with the overall aim of driving profitability for growers.

“The International Woolmark Prize is an example of a current stand-out program.”

Mr Cocking believes there is potential for another look at broad wool marketing.