AUSTRALIAN Wool Innovation will seemingly retain control over its board nomination committee structure and its impact if constitutional changes proposed at its annual general meeting are passed.

At the 2018 EY review into AWI’s performance and governance, it was recommended that the company’s BNC structure be changed, with the appointment of an independent chair and other members to increase its independence.

The review made 82 recommendations highlighting several breaches of AWI’s statutory funding agreement and governance deficiencies, with direct reference to former chairman Wal Merriman’s “substantial influence” over the membership of the AWI board nomination committee.

“The current process for member selection of the BNC is inappropriate as the chair of the board has a substantial influence over the membership of the committee, which then reviews potential candidates for director roles,” the EY review report said.

The 2019 BNC was chaired by a government appointee, Dr Mary Corbett; however, an extra AWI director was added, as well as a representative of an international executive search firm nominated by AWI.

In the 2019 AWI annual general meeting’s Notice of Meeting, AWI states that the “initial (BNC) Chair has been appointed by the Secretary of the Department of Agriculture,” alluding to the fact this will not necessarily be the case in future elections.

Section 16.7 of the draft Constitution (page 32) also contains a clause that: ‘The board may support or oppose a recommendation made by the Board Nomination Committee and communicate its position to the shareholders.’ 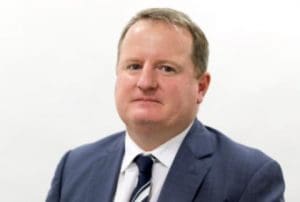 AWI election candidate Paul Cocking said the use of the word ‘initial’ in the Notice of Meeting and the clauses in the proposed Constitution indicated that control over the BNC would return “full circle” to the AWI board.

“I’m just concerned that the power will still remain with the board.”

AWI chair Colette Garnsey would not answer Sheep Central questions on the issue, but an AWI spokesperson said: “AWI feels the appointment of BNC chair by the Department of Agriculture to be a robust and appropriate path in the reconstitution of the BNC.”

“Any change to this format would be a matter for the department.

“The Review of Performance made a clear recommendation about the structure of the BNC, which AWI followed,” the spokesperson said.

“The Charter of the BNC was specifically changed to match the recommendation.”

However, WoolProducers Australia president Ed Storey said WPA has agreed with AWI that after the election Ms Corbett and the AWI chair would come up with an arrangement to appoint an independent chair, “without the need for government involvement.”

Mr Storey said he was always concerned at what was considered best-practice governance at AWI, but WPA was confident that the BNC process and structure “in due course would be transparent and open and honest.”

“We will maintain a keen eye on it and ensure that (BNC chair) role continues to be filled by someone who is independent of the board.”

When asked if he believed the 2019 BNC process was independent despite the committee effectively recommending to shareholders the ‘Merriman ticket’ of Wal Merriman, David Webster and Michelle Humphries, Mr Storey said: “As surprised as we were at the outcome, we believe Dr Mary Corbett was independent.”

“I have confidence in terms of the BNC that AWI will stick to their agreement and the undertakings they have given and that the chair will be independent, there will be a grower rep elected by the Wool Industry Consultative Panel and the executive search firm appointee will be appointed as per the description.”

However, Mr Cocking said he was concerned if AWI was involved in appointing the BNC chair and the AWI chief executive officer was able to nominate a representative from an executive search firm, this would put control of the BNC in the hands of the board again.

“And there are also those clauses that the board can change the charter for the BNC as well.

“It just seems like the full powers of the BNC will again lie in the board’s hands and these changes will be ineffectual,” he said.