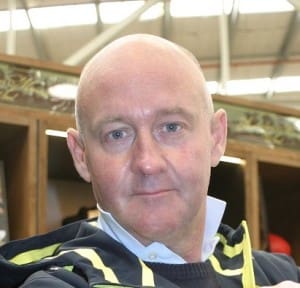 Australia’s benchmark wool price Eastern Market Indicator dropped 112 cents on the first day of auction sales last week and then fell a further 51 cents to close at 1513c/kg, its lowest point since September 2017.

The market sentiment was attributed to lower global and China retail confidence hit by the United States-China trade war, and led to 16.7 percent of Australian wool being withdrawn prior to auctions last week and a passed-in rate of 35.8pc, the highest figure since 2003.

“I didn’t like the number yesterday with 112 cents coming off the Eastern Market Indicator, that was particularly shocking,” Mr McCullough said.

“I think that some sort of mechanism or some sort of an emergency strategy that we instigate around the sale of wool when situations like that, is probably worth considering,” he said.

Mr McCullough said he had real concerns about consumer confidence in the Northern Hemisphere “because of the macro-economic trouble that we are in in some of those key markets to us.”

“We think consumer confidence is dramatically down in the Northern Hemisphere where our wool sells.

“We believed that there was a chance that the drop in supply would negate the drop in demand and we would still see prices stabilise – it doesn’t look like that is happening, to be honest,” he said.

“It looks like even with the drop in supply, the drop in demand is outpacing that drop in supply and we are starting to see some real movements in the Eastern Market Indicator, which is a concern,” Mr McCullough said.

Mr McCullough said AWI would have to deal with the circumstances and adjust its budget to fit the revenue coming in from the 1.5pc levy on raw wool sales.

Mr McCullough’s comments were widely perceived as a suggestion to consider halting or managing the flow of wool into auctions over and above the normal grower-broker decisions to offer or hold back wool based on likely or recent price levels. This has not been confirmed, but Sheep Central has sought clarification from Mr McCullough and AWI chair Colette Garnsey.

Mr McCullough’s comments have also reminded industry leaders of the disastrous Reserve Price Scheme. The levy-funded scheme started in 1974 to give growers a guaranteed minimum price for wool. All wool not meeting the minimum reserve price at auction was bought by the grower-controlled Australian Wool Corporation. But although wool prices rose after the 1987 share market crash, the reserve price scheme collapsed in 1991 after prices were raised 70pc in the preceding two years. This left a 4.7 million bale stockpile that took 10 years to sell off.

“I think we need to have some control of the amount of wool going onto the market each week,” Mr Merriman told the ABC.

AWI’s media relations manager Elissa Lewis failed to meet her commitment to respond to Sheep Central questions on the issue by 2pm today. However, in a media statement released around noon, but not sent to Sheep Central, Mr McCullough said suggestions that AWI would advocate for any notion of market intervention were pre-emptive and not the role of the not-for-profit research, development and marketing company.

“Aggressive market intervention is not something AWI advocates for; however, what we do advocate for is the consideration of a constructive industry discussion around market risk mitigation. This is a worthwhile conversation for the industry to engage in,” Mr McCullough said.

WoolProducers Australia president Ed Storey said the peak grower body has “no appetite for anything like that” in reference to Mr McCullough’s original ABC Radio comments.

“We tried that many years ago and it was a long-term failure for the wool industry.”

He said the correct mechanism to manage wool auction volumes was already in play with 35pc of wool offered last week being passed in voluntarily.

“People are passing wool in, growers have got the mechanism already, there is no need to do anything.

“AWI has no jurisdiction in controlling supply or putting place some sort of mechanism; that’s not their remit,” Mr Storey said.

“They are a research, development and marketing company.

“That sort of thought process and those sort of comments have no place in the Australian wool industry.”

Mr Storey said if AWIU’s current model is too expensive, the company will have to make decisions to match its budget.

“This is the problem when AWI spends all of its time developing markets in China rather than markets in eastern Europe.

“We should rapidly be investing in Eastern Bloc countries – Russia and Turkey – as new processing centres for wool and assisting them,” he said.

“If this is the best that AWI can do and offer, then maybe it is time that we shut down AWI altogether.”

“It’s the old story, and we’ve heard it from AWI in the past 18months – when the market’s booming it shows that their market promotions have been enormously successful, but when the market collapses they always blame the selling system.

“In my experience and this goes back to Gunn (Sir William Gunn, former Australian Wool Corporation chair), the wool institutions have never changed since Gunn.” 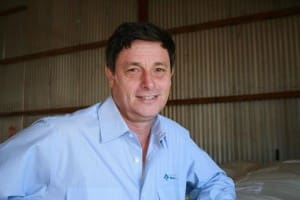 National Council of Wool Selling Brokers of Australia president John Colley said brokers would not support any mechanism other than the free market system already operating.

“The reality is that the growers have the ability to set their own reserves, which puts them in a very strong position to actually decide whether or not they take the money that is being offered for wool.”

“I don’t believe it is within AWI’s charter to be involved in regulation of the auction market and the reality is that the returns that have been produced by the sales last Thursday are still considerably higher than they were going back five years ago.

“I can’t see in a drought, in a time of hardship in the bush that we should consider stopping auction sales under the current conditions.”

Mr Colley said AWI’s marketing arm was responsible for increasing market share in the textile pipeline, and its other charter was to provide research and development that adds to growers’ on-farm returns.

“Commercial interests will be taken care of by commercial players in the pipeline.” 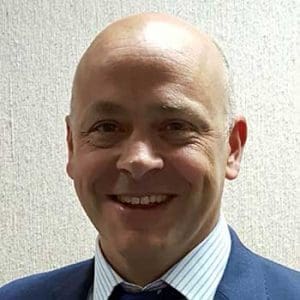 “We can’t control the market – we tried it before and it didn’t work.

“The suggestion of holding sales off is disruptive.”

Mr Hand South Africa has not re-opened sales its mid-year break because of different circumstance — buyers concerns with the impact of new biosecurity regulations for the resumption of exports to China on exporters’ funding requirements.

Mr Hand favoured a commensense approach by brokers and growers to the current wool market, within the auction marketing system.

“None of us can tell wool growers when they can or can’t sell their wool and the reality is they are suffering from an extraordinary drought at the same time and people need to have income, albeit lower perhaps than the market would have given them this time last year.

“Where possible some sort of orderly marketing to apply some logic to a market that’s already lacking support would probably be wise,” he said.

“I’m talking about at the broker level, always with the consent of the growers, brokers could perhaps discuss with growers that if you don’t need to sell perhaps it would be wise at this time not to put pressure on the market,” he said.

Mr Hand said when the market falls there is an element of panic.

“And when there is an element of panic people perhaps load the market up too much with wool and that can put pressure on it.”

“Two or three years we were trading at that level for an extended period of time without any suggestion of slowing down the auctions.

“We’ve dropped to a level that is not an unpleasing level historically.”

“Every one of those entities right through the process has a cash flow to manage and they can’t just stop business for a week or two weeks,” he said.