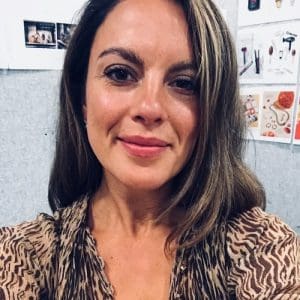 AUSTRALIAN Wool Innovation’s board nomination committee has recommended David Jones executive Georgia Hack as its number one pick for election to the board this year.

However, the BNC’s report on the AWI website said it believes Georgia Hack “would add most to the skills base of the AWI board and move towards addressing the area of need identified in the board’s annual review.”

“The three others have individual, but equally valued strengths from which the board would benefit,” the BNC said.

“Whilst all of the other 3 candidates had diverse skills and experience relevant to the wool industry, none of them were regarded as being as suitable as the recommended candidates.”

No AWI board recommendation on candidates

The AWI board has resolved to accept the report of the BNC and has not given a recommendation to shareholders to support the four candidates put forward by the BNC, because the board can only recommend a number of director candidates equal to the number of vacancies. In this case, that is likely to be three vacancies, AWI said.

However, the board has resolved that open proxies directed to the chair will be voted in favour of three candidates – Georgia Hack, Jock Laurie and Don Macdonald. Both existing directors recused themselves from these discussions, AWI said.

Shareholders are not obliged to follow either the BNC recommendations or the AWI board decision on voting for director candidates, AWI said.

AWI today said the BNC’s non-binding recommendations were made after the BNC concluded its report on 1 October to confirm the eligibility of candidates for the board director positions to be decided at AWI’s Annual General Meeting on 19 November.

There will be three director positions to be decided on at the AGM, assuming a resolution to limit the board to seven directors is passed. If the resolution is not passed, there will be six vacancies to be filled at the AGM, according to the notice of meeting.

The BNC said it was confident the nominees recommended, individually and collectively, would provide the appropriate and necessary balance of skills required by the AWI board. The BNC also considered the nominations would deliver to the board a diverse composition of experience and outlook to enable the company to fulfil its responsibilities to shareholders and stakeholders.

AWI shareholders will be entitled to vote for any of the seven director candidates who are standing for election to the board at the AGM.

The three candidates with the most votes from shareholders, in person and by proxy, will be elected to the likely three vacant positions.

The BNC’s membership is:

Ms Hogg said the BNC is satisfied the recommended persons are suitably qualified for appointment based on their expertise in one or more of the key skills identified.

The BNC said it is confident that each of them if elected, will bring to the board of AWI a high-level of skills, experience and commercial pragmatism.

“The BNC believes that they would best ensure that the board collectively has an appropriate balance of skills and experience in the areas determined by the committee in accordance with the BNC charter.”

The BNC’s recommendations will be provided with the Notice of Meeting, which will be sent to AWI shareholders from October 12 ahead of the company’s AGM.

AWI will hold its 2021 Annual General Meeting at 10 am (AEDT) on Friday 19 November 2021. It will be conducted online. More details related to the election of Directors are available from AWI’s website at www.wool.com/agm.

Ms Hack was unavailable for an interview today.