AUSTRALIAN Wool Innovation wants approval for shareholder expulsion powers that could be used to limit the ability of growers and industry bodies to oppose, publicly expose or critique its strategies, statements or policies.

And one of AWI’s loudest critics on issues of governance, policy, strategy and director conduct – WoolProducers Australia – has recommended that growers vote for the expulsion clauses as part of a job lot of changes, at AWI’s annual general meeting on November 22.

However, the Australian Wool Growers Association has labelled the expulsion clauses “draconian” and recommended shareholders vote against the constitutional changes.

AWI chair Colette Garnsey did not answer Sheep Central questions about the proposed expulsion clauses, but an AWI spokesperson said the company is proposing various amendments to the constitution “in light of the recommendations put forward in the review of performance (and governance) from Ernst & Young.”

“There is, of course, an important limitation on the circumstances in which the board may exercise the power to expel a member, being that there needs to be ‘reasonable grounds’ for that decision.

“In practice, given the significance of a decision to expel a member, we expect that the power would only ever be exercised by the board in limited circumstances,” the spokesperson said.

“It has; however, been included as it is one of the matters put forward in the ROP.

“From a market practice perspective, we note that the constitution of Dairy Australia Limited also provides its board with a power to expel members.

“The AGM will give shareholders the opportunity to raise with the AWI board any questions they may have about the changes to the constitution.”

AWI did not provide any details on what constitutes reasonable grounds, the term of an expulsion, safeguards against inappropriate use of an expulsion order, or whether an expelled shareholder would be released from paying wool tax. The AWI spokesperson did not rule out expelling a shareholder for circulating information AWI deemed confidential, or making statements critical of AWI or AWI directors, including by the Wool Industry Consultative Panel or group members. Nor was an explanation given for including the constitutional changes as a job lot.

Expulsion clauses can be used as a gag 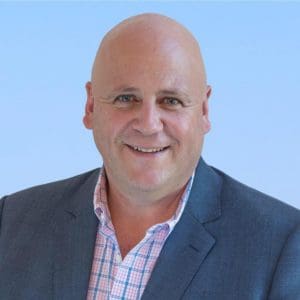 In 2012, ADF expelled a member, the South Australian Dairyfarmers Association, on ‘prejudicial conduct’ grounds, which included claims that ADF had advised other industry bodies and the media of ADF internal matters deemed to be confidential to ADF.

SADA president in 2012, David Basham, now a SA politician, said expulsion clauses could be used as a gag on industry discussion and criticism of an organisation or to effect constitutional change not supported unanimously.

“What concerns me about expulsion orders is that they can be used to achieve other ends.

“We were very concerned along with the Queensland Dairy Organisation around some changes to the ADF constitution at the time, and by removing us it meant that QDO’s voice was also extinguished, because there were no longer enough (ADF board votes) to block the changes occurring,” he said.

“It changed the balance of the voting rights, effectively across the country, and therefore allowed a change to be made to the constitution that was currently being blocked by two of its members (QDO and SADA).”

Mr Basham believes expulsion orders need to be agreed to unanimously by all members or shareholders, other than by the one being expelled, with no dissenting views. He recognised the value of an expulsion order against a member “going completely rogue” and trying to destroy an organisation.

“In those circumstances you might see the need to expel, but it can’t be to the detriment of any single member.

“If there is any dissenting view at all, to me, expulsion isn’t a reasonable option,” he said.

“To me, it is an extreme action, and in dairy we saw that having one state out was to the detriment of the industry.

“You need to actually try to resolve the issue rather than get the state out,” Mr Basham said.

“If it (an expulsion order) is used as a threat, as it was in our case, it could lead you to curtailing and following the party line, but we chose to let it go through to the keeper and if they wanted to expel us they could.”

WoolProducers Australia president Ed Storey the body supported the constitution changes “on balance,” but had grave concerns about the expulsion clauses – 4.2 (g) and (h).

“The argument that we put it in exactly as per the recommendation from EY is inconsistent with the approach that AWI took to a number of other matters,” he said.

“For example the issue of tenure — where we continue to believe we will have constructive discussions to reach a consensus outcome in due course – was not adopted wholus bolus by the board.

“We are at the moment seeking further advice from the Department of Agriculture and Ernst & Young to try to understand the rationale behind these two motions,” he said.

“They are written in such a way as to give them an incredibly wide scope.”

Mr Storey said WPA understood the current clauses could be used to gag or limit criticism of AWI, its directors and activities.

“We don’t think the board would ever do that, because that would be an outrageous action, therefore why have it in the constitution.”

“But the way they are written with such a wide scope could allow them (AWI) in the future to unilaterally expel shareholders.”

WPA has had an explanation from AWI on the expulsion clauses, but would not release it. He said WoolProducers understood the reason for their inclusion into AWI’s constitution was because it was recommended in the EY Review, but was in discussion with department, AWI and EY to gain a deeper understanding of the rationale behind it.

If the constitutional resolution with the expulsion clause changes was passed at the annual general meeting, WPA wanted parameters on what defined ‘reasonable grounds’ for expelling a shareholder, Mr Storey said.

“WoolProducers won’t be gagged, but it is worth than a gag, it is expelling you from the company.

“We are concerned about it, and if the constitutional changes went up individually, it would very difficult to support such a motion, but they are going up as one bloc of change and voting is underway,” he said.

“I hope they (AWI) hasn’t put this in as some sort of poison pill thing to try to derail all the constitutional changes.”

“We have been put in a precarious situation in terms of supporting these constitutional changes as a block and are disappointed that AWI was not more transparent with shareholders on the extent of changes to the constitution, given there is no mention of the existence of a marked-up (draft) version of the constitution outlining all the changes available on their website in the Notice of Meeting.”

AWGA will oppose the constitutional changes

Australian Wool Growers Association director Robert Ingram said the expulsion clauses had the potential to allow AWI to gag or expel shareholders who are also industry body representatives that it sees as questioning AWI board activities.

“The directors then don’t have to go and chase groups for libel, as they have done in the past, they can just expel them.”

The threat of the expulsion clauses could effectively limit public discussion of AWI’s stance on industry issues by members of the Wool Industry Consultative Panel, he said.

“Any action calls into question transparency, accountability and good governance.

“From the research we’ve done, this is going in the opposite direction in terms of what progressive, open and accountable boards are doing,” he said.

“Thus AWGA is calling for the shareholders to vote against item 2 – the constitutional change resolution — at the AWI AGM.

“And we actually disagree with the way that item B is presented, because industry groups called for all the constitutional changes to be voted on individually at the AGM and that was ignored by AWI,” Mr Ingram said.

“In terms of transparency, good governance and accountability, they should be voted on individually.”

Mr Ingram said by putting the proposed changes up as a “job lot” AWI had a greater chance of getting the approval of the required 75 percent of voting shareholders.

“Whereas if they had put them up individually, some of them would be lost.

“By putting them up a job lot, they get to put through a potentially draconian change to the constitution in terms of expulsion of shareholders.”

Mr Storey said it was frustrating that the expulsion changes were included in the one constitutional change resolution, but how they were presented to shareholders was a matter for AWI.

“We’ve had no input into that.

“We had no view on it, I think it is reasonably normal practice to put them up as a job lot,” he said.

“What would have enhanced transparency around this would have been much better explanations of this in the notice of meeting.

“I don’t believe the marked up copy (draft of the proposed amended AWI Constitution) has been circulated.

“If the explanations were a lot clearer that might have allayed people.”

“On balance we are supporting the changes to constitution because on balance they are implementing the recommendations of the EY review of performance.”

Mr Storey said a key constitutional change would allow candidates who might find it difficult to get 100 signatures to nominate for the AWI board, to put themselves up for consideration by AWI’s board nomination committee.

The constitution changes also cover various other shareholder issues, transfer and transmission of shareholdings, proxy declaration and shareholders’ rights at general meetings, director and board nomination issues. The special constitutional change resolution must be approved by at least 75pc of the votes cast. AWI directors have recommended that shareholders vote in favour of the resolution.

Click here for more information from the AWI AGM notice of meeting.