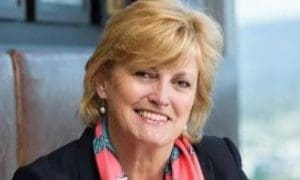 AUSTRALIAN wool exporters and brokers have seemingly managed to delay the loss of the Ceased Mulesing (CM) description on the National Wool Declaration until potentially 2024.

But concerns are still held about the overall NWD review process, the lack of a liquid nitrogen pain relief category (formerly LA) and whether wool from (freeze branded) sheep treated with liquid nitrogen can be included in a CM clip.

Australia’s wool marketers had wanted a Ceased Mulesing (CM) description retained on the NWD because of its market acceptance and value to growers transitioning to complete flock non-mulesed wool production.

However, after a lengthy review of the NWD last year, AWEX had proposed that in the next NWD Version 9.1, CM would only be a valid status for eligible wool declared and received prior to 19 April 2022. Exporters and brokers believe this was decided by the AWEX board despite their proposal for retention of CM until at least 2023.

Last week, after an industry forum to discuss a new NWD version on 21 January, Australian Wool Exchange chair Robyn Clubb proposed the retention of Ceased Mulesing (CM) as a NWD category under certain conditions, possibly until mid-2024, when the next NWD review would be held.

In a letter to industry bodies last Friday, Ms Clubb proposed that wool with NM (non-mulesed) and LN (liquid nitrogen) status be defined, declared and recognised separately for individual mobs. She said this has been requested directly by customers of Australian wool over the last two years.

Ms Clubb said as per the proposed NWD version 9.1, the definitions of NM and NM mobs will exclude sheep treated with liquid nitrogen (LN).

She has proposed that clips whose youngest mobs have been declared as either NM or LN, may be eligible for CM status, subject to the grower’s response to the two CM questions.

Ms Clubb noted that as CM only applies to clips whose youngest mobs have been declared as either NM or LN, (indicating) the grower has demonstrated their commitment to transition away from mulesing. Therefore, CM will only be applied to AA (mulesed with pain relief) or M (mulesed without pain relief) mobs from those clips.

Why retain CM on the NWD? 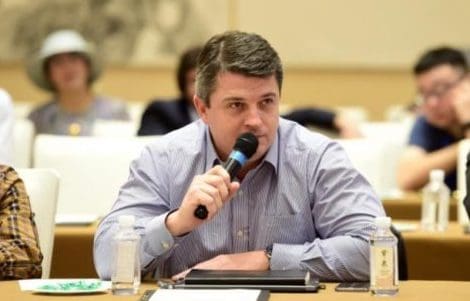 ACWEP president Josh Lamb at a wool conference in China.

Australian Council of Wool Exporters and Processor president Josh Lamb said the proposal reinstates the CM description on the NWD.

“It hasn’t been reinstated the way we wanted, but it is back on the NWD.”

“It’s 3-4 percent of the wool clip and it is a commercially tradeable product that we have customers overseas asking for it every day.”

Growers are also paid a premium for CM wool while they transition their flocks to non-mulesed production.

He said the price premiums for NM and CM wool from European buyers over the last 12 months are as great as they have ever been – from 5-20 percent. CM wool is used as filler to complement NM wool in an order, Mr Lamb said.

“There are clients who just ask for NM wools and nothing else, but there are a lot of clients who accept both – NM and CM.

“CM is accepted by the Responsible Wool Standard and RWS is in focus at the moment.”

Brokers were looking for CM to be retained 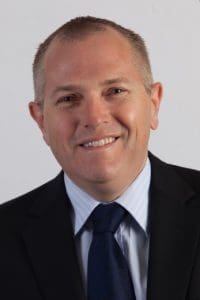 National Council of Wool Selling Brokers of Australia executive director Paul Deane said the council had never considered the removal of CM as part of the NWD review consultation process.

“So we as a group were looking for CM ultimately to be retained.”

The broker and exporter put a joint letter to AWEX on 24 January.

“We’ve essentially been guided by the importance of CM in the marketplace and that was certainly coming from both exporters and some of our members as to the commercial importance of CM.”

He said the council board had not yet met to discuss the AWEX CM proposal.

Mr Lamb said exporters had wanted LN wools to be classified independently of the NM category. However, he queried why AWEX had determined that LN did not require pain relief by dropping the LA (liquid nitrogen with pain relief) from the NWD.

“That’s reducing the transparency of the NWD, not increasing it.

“Why are we watering that down when we want to show our customers around the world as much transparency as we can?” he asked.

Mr Lamb said the NWD is the welfare licence of the industry.

“So we want it to be the foundation of the transparency of the Australian wool industry around the world.

“So if we are using pain relief or not using it, with a certain process, we should be telling our customers that.”

What happened to the ISAC?

Mr Lamb is also critical of the NWD consultation process and queried why the initial focus of the latest NWD review to describe LN had been expanded to include the eventual removal of CM.

“We don’t believe what we’ve communicated to AWEX has got traction at board level.”

Mr Lamb believes the NWD should have been reviewed by AWEX’s former Industry Services Advisory Committee or an industry-based working group.

“A document like this should be reviewed at ground-level, industry association level; where everyone is represented.

“Every level of the industry is represented on the AWEX board, but not all industry participants are members of AWEX.”

Mr Lamb said the exporters are happy CM has been reinstated and LN is transparent on the NWD.

“But we are extremely disappointed with the process and how this has all been handled.

“There has been enough consultation, but the message hasn’t got through.”

Potential for a high reputation risk to Australian wool – Clubb

In her letter to the industry last Friday, Ms Clubb said a call for an indefinite deferral to the release of an updated NWD until its review by a consultation group is considered by the AWEX board as unnecessarily delaying and ignoring customers’ requests of the last two years.

“The potential reputational risk to Australian wool is high,” she said.

Ms Clubb said AWEX considers the new CM proposal offers a potential solution that supports the transparency, accuracy and the integrity of the NWD for Australian wool.

“This proposal also offers a simplified solution to the complexity of the previously associated business rules; these will be developed in consultation as they have done in the past.”

Ms Clubb said the AWEX board has agreed that a broad, comprehensive review of the NWD will commence in mid-2024. Industry association have been given until 11 February to provide written responses to AWEX’s CM proposal.

Mr Lamb said the NCWSBA and ACWEP have not asked for an indefinite deferral in the release of an update NWD, but rather the time necessary to get the NWD right.

“Exporters are well aware of customers’ requests and the risk to industry of an inadequate NWD.

“After all, aren’t we the ones selling Australian wool to the world every day?”

Why CM needs an end-date on the NWD – Grave

AWEX chief executive officer Mark Grave was asked why the NWD’s CM description needed an end-date and if AWEX is concerned about how this would impact CM grower returns.

He said the current NWD consists of mob level and property level declarations.

“The relationship between the two declaration levels has presented complexity and compliance issues over the past 14 years.

“The inclusion of an additional mulesing status adds a further layer of difficulty to the NWD, its interpretation and how it might relate to the current CM category,” he said.

“The complexity exists at all levels (farm/warehouse/export/processor) and it is important that the information is transferrable and understood along the supply chain.

“AWEX has always maintained that a well-informed market is important,” Mr Grave said.

“Ensuring that we are able to provide accurate and credible information is important to all market participants so they can make informed business decisions.”

When asked if the NWD version 9.1 will enable growers to state if pain relief has been given to any freeze branded/liquid nitrogen treated sheep, or AWEX’s view on this level of transparency, Mr Grave said the change in V9.1 is that the use of liquid nitrogen is a single code (LN).

“The introduction of LN relates to the uptake of liquid nitrogen, simplifies the NWD and, importantly, responds directly to the submissions made by exporters and their customers.

“We do not have data to substantiate the level of use of liquid nitrogen and simplification of the NWD is important to its ongoing uptake,” he said.

Previous NWD reviews have involved an Industry Services Advisory Committee; however, Mr Grave would not state if an ISAC has played any role in the latest review.

“AWEX establishes specific working groups to discuss specific topics, for example the review of the Code of Practice completed in 2021.

“This latest review of the NWD was considered by the AWEX board (members), who are elected representatives of sectors of the industry.”