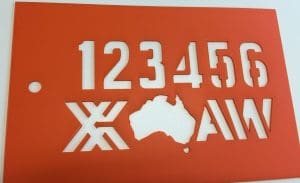 COMPLAINTS alleging misuse of wool classer stencils are being investigated by the Australian Wool Exchange.

Mr Grave said the recent complaints relate to whether the person classing was actually qualified to class wool.

“That’s led the person to ask questions, or maybe it’s a grower and he may be dissatisfied with the level of classing received and then are unhappy with the way it has been dealt with, so they’ve come to us and raised that initial concern.”

AWEX said the recent complaints raise the real concern about whether the person classing the wool in a shed is the same person who has trained, registered and has been assigned the classer’s stencil being used.

In most cases where someone is impersonating a classer they are untrained and may have stolen or been given the stencil to use, AWEX said. 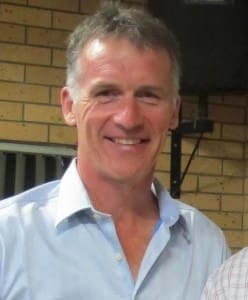 “Our aim is to ensure that we uphold the registration system and the individual or individuals will be dealt with accordingly.

“These are serious issues and if a classer’s stencil has been used by another person there are criminal and civil consequences for those people which may include (but not   limited to) receiving monies by deception and impersonating a wool classer.”

Mr Grave said it was difficult to establish proof to ensure action is action, but AWEX would do as much as it could verify or disprove that misuse has occurred. He said the recent complaints might have come from growers, brokers, registered classers or other people working in a shed.

“My real concern is that we are at a point in the industry where we are enjoying much better times than we’ve had in the last decade.

“We don’t want to jeopardise that, we want to maintain the integrity in the system which has been built up over hundreds of years,” he said.

“We would be selling ourselves short if we people tried to cut corners and thought it was OK.

“We are dealing with a $4 billion industry, it’s big money, it is a professional industry and we’ve got to act and make sure that maintain our level of integrity, let alone the level of professionalism.”

Mr Grave said the misuse of the classer’s stencil undermines the wool classer registration scheme and threatens the integrity and reputation of the Australian wool industry.

“Australia has invested over 50 years in developing the world’s best standards and training programs which have been designed to add value to the Australian wool clip in a competitive global market.

Our exporter and processor customers have confidence in how we prepare wool and in the integrity of our industry. Actions such as this can destroy that hard earned reputation overnight.”

Mr Grave said AWEX is seeking support from growers, brokers, classers, contractors and all industry participants to help ensure that the integrity of the system is maintained.

“Wool prepared on farm by a registered wool classer is eligible for a ‘P’ certificate.

“Wool prepared by other people is not,” he said.

“The ‘P’ certificate is highly sought after by exporters and processors.

“Setting lines in a shed and leaving others with the responsibility of classing is not classing by a registered classer,” he said.

“The classer’s stencil can only be used by the registered wool classer and cannot be transferred to another person to use.”

Mr Grave said there had been modest use of the ‘CONFIRM CLASSER’ icon on the AWEX website — www.awex.com.au — since it was launched 12 months ago to help people confirm the registration status of a classer.

“I would suggest that incidence of this issue is very minor, but like anything else if it is allowed to go unchecked then we are not doing our job and in a sense is condoning it and we certainly don’t do that.”

AWEX Wool Classer Rules of Registration 2016-18 are available on the AWEX website: www.awex.com.au