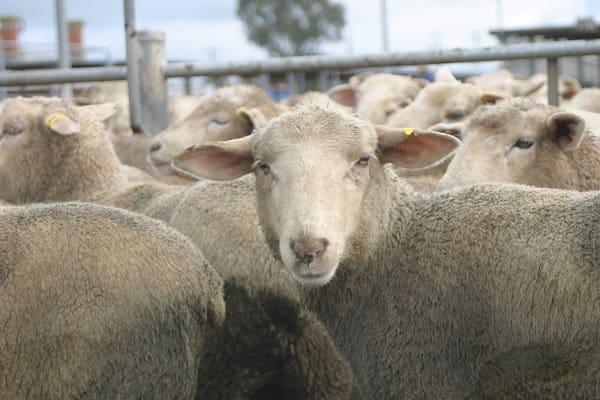 The August delivery contract released by Coles last week is also expected to put pressure on exporters seeking to secure supplies this season.

Coles last week put out a contract for the August delivery of 18-26kg new season lambs to Colac in Victoria of $10 a kilogram, with a price of $9.80 for lambs delivered to Gundagai in New South Wales.

The supermarket also released a contract of $9-$9.50 for shorn or old season lambs delivered to Colac and Gundagai in August.

A Coles spokesman said the company would not be commenting on the contracts, but stock agents believed it was the first time a $10 contract had been released in Australia.

The contracts came after months of steady price rises in saleyards and as kill space at spot prices for old lambs of around $9.50/kg were filling at some works. An initial impact of the contracts’ release last week also appeared to be a general lift in Australia’s main over-the-hook lamb indicators to new record levels. The Meat & Livestock Australia Eastern States Trade Lamb Indicator ended the week at an historical peak of 911c/kg, up 198c/kg on the level a year ago. The heavy lamb indicator also finished the week at an all-time high of 958c/kg, up 224c/kg year-on-year.

Kerr and Co Livestock auctioneer at Hamilton and 30-plus year industry veteran Craig Pertzel agreed the contracts reflected the lack of supply and strong domestic demand, though he doubted it would produce more lambs from southern areas.

“It will probably find a few in the north somewhere, I would have thought.”

“It will probably pull a few of those early lambs out that might normally have been taken through to export weights.

This dynamic would then also have an impact on the numbers of lambs available for exporters later in the season, he said.

“Whether it is enough or not, who knows, but I think it is a very fair benchmark for someone to be able to protect their position on (finishing) new season suckers.

“As strong as the market is, when you look at the cost of production, I think it is a really generous offer.”

Mr Barton said at the contract prices, south-west slopes New South Wales producers would be able to produce suckers and get a good margin at 18-20kg carcase weight.

“It shows a lot of confidence in the lamb job going forward.”

Mr Barton said he was advising producers to consider selling a portion of their lamb drop into the contracts.

He said the contracts also helped the “affordability” of replacement ewes for restockers seeking finance, especially those not already highly geared.

“It’s just a matter of how far they are prepared to let themselves go in.”