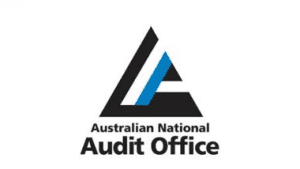 After a request for the audit from Rural and Regional Affairs and Transport Legislation Committee chair Susan McDonald on 20 October, Auditor-General Grant Hehir on 23 November responded that the Australian National Audit Office will consider undertaking the audit in 2021-22.

“If this is not possible, I will consider the matters you have raised in the development of audit topics for inclusion in the 2022-23 work program,” Mr Hehir wrote.

The committee indicated a preference for the audit to be conducted in the 2021-22 financial year.

Senator McDonald was not available for comment this morning, but RRAT committee deputy chair Senator Glenn Sterle said he was told yesterday by the chair that the audit would be done, probably later next year.

“I was told yesterday that they were definitely going to do it,” he said.

Senator McDonald made the case for the AWI audit stating the RRAT committee’s concern at the lack of transparency and accountability around AWI’s failure to release an EY Port Jackson Partners report of a review of AWI’s WoolQ platform, and AWI’s 2pc levy preference announcement weeks before it released details on its current reserves, projected income and wool production forecasts and project commitments. Industry group’s objected to the announcement which gave AWI several weeks to promote its levy preference to growers ignorant of AWI’s financial details and projections.

This is the second time in recent years that an audit of AWI by the Australian National Audit Office has been proposed. The first time was in 2017-18 when the idea was considered by the RRAT committee, but abandoned in favour of adding several matters around governance to the terms of reference of the 2018 EY Review of Performance of AWI.

WoolProducers Australia chief executive officer Jo Hall said the fact that RRAT has referred AWI to the ANAO and the ANAO believed that there is merit in investigating AWI is extremely serious.

“The RRAT committee are obviously frustrated with the lack of transparency that AWI has, which is the same frustration that WoolProducers has had with AWI for numerous years.

“Regardless of the outcome, this referral should put AWI on notice that their conduct and attitude regarding stakeholder engagement has been unacceptable,” she said.

“Unfortunately, this is a poor reflection on our proud industry that our own RDC has been referred for third party scrutiny from the ANAO.”

Letter from the chair of the RRAT Legislation Committee, Senator Susan McDonald, to the Auditor-General for Australia, requesting an audit of Australian Wool Innovation, dated 20 October 2021 (PDF 130KB)

Letter from the Auditor-General for Australia to the chair of the RRAT Legislation Committee, Senator Susan McDonald, dated 23 November 2021 (PDF 139 KB)

AWI chairman Jock Laurie was asked to comment on the ANAO decision, but instead an unidentified AWI spokesman said Australian Wool Innovation is independently audited every year.

“We welcome any potential audit from the National Audit Office.”

The spokesman also said it is worth noting that the latest independent review of performance conducted on Australian Wool Innovation (AWI) has found it is meeting its requirements for governance, collaboration and research, development and extension.

“The report by international professional services firm Accenture found that “AWI’s performance has been appropriate” and the company “has shown notable improvement”.

“In fact, Accenture went on to add “while board culture has seen significant improvements since 2019, external perception lags behind the improvements,” the spokesman said.

“All documentation in regards to AWI’s financial position (including our reserves) was made public before the commencement of voting for this year’s WoolPoll.”