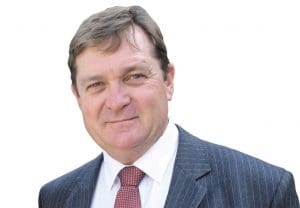 THE nation’s peak wool grower body and an Australian Wool Innovation director candidate have called for an investigation into the company’s voting system and 2017 annual general meeting mail-out.

Wool broker and broker Don Macdonald said as late as Tuesday this week, he was fielding calls from grower-shareholders who had still not received their 2017 AWI AGM and election voting papers.

WPA reminding all AWI shareholders who had not yet voted in this year’s director elections that they had until 10am (EDST), Wednesday November 15. The AWI AGM will be held from 10am in the Swissotel at 68 Market St Sydney today.

An AWI spokesman said some shareholders had overlooked that they nominated earlier to receive voting papers via email rather than by mail. He said voting papers for this year’s AGM were sent on the October 24 either by email or in hard copy, according to a shareholder’s stated preference.

The spokesman said AWI emailed a notice to all shareholders on November 8, urging all AWI shareholders to submit their votes for the 2017 AGM and advising them if they had not received voting papers, to vote online at www.linkmarketservices.com.au or contact AWI’s share registry Link Market Services on 1800 113 373.

Mr Macdonald said it appeared the mail-out of the election voting papers had been staggered, which was “not a good look”.

“If as I hear there is going to be a review into this, after the election is over, then that’s great, there needs to be.”

Mr Macdonald said he had been contacted by “a lot of people” who had either not received their voting papers or didn’t receive them until (last) Friday’s mail, “which was the 10th of November and supposedly they were mailed on the 24 of October?”

“It just seems as though it is much too convenient to blame Australia Post for this.”

Sheep Central three days ago asked AWI’s share registry, Link Market Services, how and when the AGM and voting paper mail-out was done, but the questions had not been answered, despite an assurance of a response “asap”.

The Commonwealth Ombudsman Annual Report in 2016–17 said 10 percent of all complaints received about Australia Post over the period related to delay, however this predominantly related to parcels.

Australia Post introduced a Regular and Priority letter delivery service for consumers in January 2016. The Priority letters service offers delivery within 1-4 business days depending on destination, while the Regular service is up to two business days longer than Priority. Australia Post reports its delivery performance in its annual report and for 2016–17, it reports it exceeded all community service obligations (CSOs) including delivering 98.7pc of letters on time or early.

Mr Macdonald said it was too early to say if the voting paper issues might put the 2017 poll at risk.

Need for investigation by AWI and registry

WPA chief executive officer Jo Hall said the body strongly believed that every shareholder that has registered should have received their voting papers in accordance with the shareholder’s instructions, either via post or electronically.

“It is not clear how widespread this issue is; WPA are hearing anecdotally that a number of shareholders have not received their voting papers.

“Whilst it is unacceptable that some growers haven’t received their voting papers, there is no way of knowing at this point in time how significant this is and it would be extremely unhelpful to speculate if this would result in any impact on the outcome of the election.”

Ms Hall said the voting paper issue certainly needed to be investigated by AWI and Link Market Services to gauge how many shareholders didn’t receive their voting packs and what the cause was.

“This issue further compounds WPA’s concerns over how the AWI voting process is conducted.”

Mr Macdonald said there is a lot of information in the AWI voting packs for people who are voting for the first time to understand fully.

“And it is a big ask to do all that reading and to understand why there is a resolution to limit the board to seven and then they vote.”

Mr Macdonald said there needed to have been more clear “plain English” instructions of why shareholders had to vote twice. He said the reasons why all voters need to appoint a proxy who is going to the AGM unless they are attending the AGM also need to be explained.

“I know people who have voted and not appointed a proxy.

“The question I am asking now is ‘will their votes be valid or invalid?”

The Link Market Services online voting system also does not allow shareholders to finalise their vote, unless they appoint a proxy. Voting papers sent in by mail or fax must also list a proxy.

“And the default position, the little black X is already in the chairman’s box, but if you vote on paper by mail or fax, it is very easy to just do your vote, sign it and not appoint a proxy.

“I obviously think that that is something that needs to be reviewed,” he said.

“It is fair enough for the software not to close because they need to appoint a proxy, but to have the default already with the chairman is questionable.”

Mr Macdonald said AWI had ample opportunity to answer clearly and concisely the reason why the proxy has to be appointed.

“It was revealed subsequent to the Senate Estimates that 98.2pc of the votes cast in the 2013 election carried a proxy.

“Why didn’t the company secretary or the chairman at Senate Estimates say if you don’t appoint a proxy your vote is actually invalid?”

Mr Macdonald said AWI’s voting system would not lead to a concentration of power on the board if all shareholders knew the rules. But he said AWI should have also advertised in the rural print media to encourage levy-paying wool growers to register as voting shareholders, when it wrote to them in August this year. AWI had 23,463 registered shareholders at June 30, 2017, but at that time there were 49,964 wool levy payers.

“They were sent this letter on the 25th of August and they had until the 6th of October to complete it to be able to vote in this election.

“There hasn’t really been a campaign to convert all these levy payers into shareholders,” he said.

“That’s appalling, and a lot of it is apathy.”

But he believed many wool growers who were not shareholders, would become shareholders before the next election.

The AWI AGM is being webcast to enable shareholders who are unable to attend the AGM to view the proceedings live. The webcast will be available via www.wool.com/2017AGM