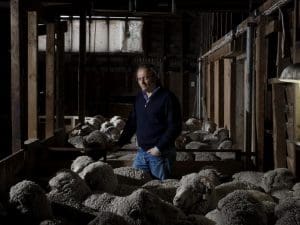 AUSTRALIA’S leading superfine wool growers have signed supply contracts with Italian fabric and active wear manufacturer Successori Reda worth about $15 million over the next five years.

The Australian contracts follow Reda’s agreement with the New Zealand Merino Company last month for 2500 tonnes of wool valued at NZ$45 million over the next five years.

The Reda Future Project contract will pay 20 Australian growers accredited under the SustainaWOOL program 15-35 percent above current auction prices levels for 15.8-19.2 micron wool from non-mulesed sheep or those mulesed with pain relief.

The Reda Future Group growers have been asked to commit to delivering wool of the highest standards to Reda for a period of three or five years. Those who chose the three-year option can extend to five-year contracts in the future.

Successori Reda said a significant feature of the RFP contract is the flexibility of the prices in relation to the physical auction market. If the average price rose over the current season, the base prices of the contract would rise accordingly in the next year of the contract.

The RFP growers can also choose the maximum percentage by which their contract prices could rise or fall in any one year of the contract. Options of between 0-20pc market movement, up or down, could be locked into each individual contract, reflecting each grower’s appetite for risk, Successori Reda said.

All growers in the Reda Future Group have to be accredited under the SustainaWOOL Integrity Scheme. The scheme promotes each farm’s high-level credentials in animal welfare and health, traceability, environmental care and wool quality.

The initiative has been designed to incentivize superfine wool producers, to stabilise and hopefully grow the supply of high quality traditional wool, allowing Reda to pursue its plans of expansion and continuous innovation. The wool will be used in all Reda production – suiting, active wear and technical fabrics.

“If there are no incentives in the market, we are concerned that growers will stop focusing on quality.

“Without quality, we cannot hope to innovate and grow as a company,” he said.

“We are investing in growers who have supported us over many seasons.

“It is not just talk – we are endeavouring to make a positive difference to their bottom line and at the same time, grow the supply of high quality wool for our own future,” Mr Botto Poala said.

“We have to work together on this.”

NEW managing director Andrew Blanch said Successori Reda contracts in Australia and New Zealand have mainly been one year contracts in the past.

“The basic premise behind this and the other contract is that Reda want to send a message to growers that the traditional superfine types are where they want to target their purchasing, but that has to be done with price – and that cannot be seen clearly in the current auction market due to the dominance of China.

“The Reda business is going very well and is growing,” he said.

“Therefore, their demand for this type of wool is growing.”

Mr Blanch said Successori Reda, through NEW, has been releasing contracts now for over five years to growers of traditional superfine wool.

“Never once has the physical auction market reached the prices that have been offered.

“It is a genuine investment by them to promote and reward this type of wool that is disappearing.”

Mr Blanch said RFP details were disclosed this week to coincide with the release of the ‘Bring Back the Premium’ contract, which open to all accredited SustainaWOOL growers.

SustainaWOOLTM was released in March 2015 and now boasts 450 accredited farms throughout Australia. Successori Reda’s suiting fabric is used by high-end fashion brands, with recent diversifications into active sportswear, “Reda Rewoolution” and technical fabrics, “Reda Active”. Reda fabrics are worn by extreme athletes around the world and the company’s fabrics used in board shorts, ski boots, sports helmets and waterproof jackets. The Reda mill near Biella in northern Italy, employs 400 workers and uses about 22,000 bales of greasy wool to produce more than 7 million metres of fabric annually.

Adjusted in line with market each year

Fleece and skirtings – PR and NM.

Bring Back the Premium contract

Only fleece types – PR and NM

Prices 10-25pc above market to send a message that the best quality traditional wool brings a much larger premium.

Open to all SustainaWOOL-accredited growers –

Click here to see more details on the BBTP contract.