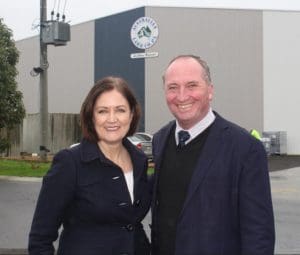 LAMB and beef processors have joined dairy and pork producers, universities and water authorities in a national project that aims to turn waste costing up to $200 million annually into energy, fertiliser, livestock feeds and bioplastic.

The project funded under Round 3 of the Rural Research and Development for Profit program will develop technologies and business models to reduce the cost of waste and to capture a market opportunity estimated to be worth more than $100 million a year by 2025.

“In addition to that we believe there is a $100 million per annum market opportunity to convert that waste into higher value products.”

“Otherwise they are too niche, they’re not scaleable and there is no business model.

“This program creates an opportunity to aggregate those waste streams and to in some ways, increase the feedstock, to create a market to solve the problem,” he said.

“We would be looking aggregation areas, south-east Queensland is a logical starting point, because of the (beef) processing and feedlotting that goes on there.

But Mr McNicholl said there will opportunities for new partners in the aggregation areas to join the program to provide suitable waste or feedstock from farms, processors or municipal waste facilities. 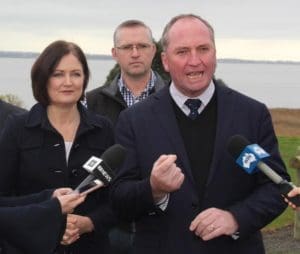 Australian Lamb Company general manager Darren Verrall said ALC is pleased to be participating in the joint project with the Federal Government and the MLA.

“We are very keen to investigate how we can work with Barwon Water to better manage our waste products.

“Using innovative methods we will explore ways to turn costly waste into useful by-products like gas to produce energy to reduce our electricity costs,” he said.

Mr Joyce said ALC, which employs more than 750 employees, will be involved in the project by testing whether waste from their processing plant can be converted into energy, fertiliser or nutritionally enhanced feeds.

Ms Henderson said the project would see MLA work with 18 project partners, together contributing almost $8 million in cash and in-kind support for the project, with ALC committing $80,000 in cash support

“The Warrnambool and south west region of Victoria generates almost 20 percent ($2.4 billion) of the state’s $13.1 billion agricultural production, so that’s a lot of waste.

“It is estimated that the management of wastes costs Australia’s agriculture industries as much as $200 million each year and this work has the potential to deliver exciting opportunities for many producers here in the Corangamite region,” Ms Henderson said.

The first two rounds of the Rural R&D for Profit programme delivered grant funding of almost $79 million for 29 projects, matched by more than $109 million in cash and in-kind contributions from successful grantees and their partners.