Vegans get roasted in the ‘rare’ footage and meat-eating sports stars are enlisted as the lambasting media giants join forces in Operation Boomerang – a mission based on the premise that more than 1 million Australians abroad are in serious danger of not being on home soil on Australia Day to enjoy some lamb on the barbie.

Designed to encourage consumers to come together to celebrate January 26 with a feast of lamb, Operation Boomerang aims to unite Aussies in action-packed style from around the world to ensure they never “lamb alone”. 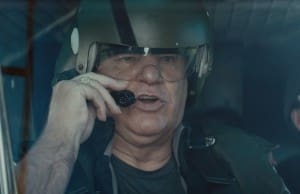 Kekovich and Lin Chin are joined by other well-known Aussies, including Wallabies captain Stephen Moore and cricketer Mitchell Johnson.

The campaign’s approach of putting its best hoof forward initially through metropolitan and social media has also won the support of Australia’s sheep meat industry leadership as a good levy investment.

Sheepmeat Council of Australia chief executive officer Mark Harvey-Sutton said the new MLA lamb advertisement was fantastic, building strongly on past campaigns and on the sentiment that people, even ex-patriates, should be eating lamb on Australia Day. An impact on international lamb sales would be a “positive”, he said.

“This campaign has traditionally been targeted at domestic consumers, but it has always been part of our objectives to grow international sales as well, particularly in the US market.”

Mr Harvey-Sutton said it was important that producers recognise the target consumers for the campaign are in the metropolitan areas.

“I think the campaign has been quite successful in that it has leveraged off a number of media sources — social, online and broadcasting — we definitely support it.”

He said the strength of the campaign is it appeal to the Australian sense of humour and the new ad has delivered on consumers’ anticipations.

SCA president Jeff Murray said he laughed at the previous Richie Benaud Never Lamb Alone advertisement and he believed Operation Boomerang would strike a chord with Aussies on Australia Day.

Mr Murray said he supported the metropolitan and social media approach as being more cost-effective and targeting the lamb market “minions” in the cities. 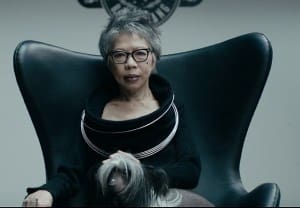 Lee Lin Chin lambs it up.

Lee Lin Chin is the mastermind of Operation Boomerang; having spent Australia Day 1996 in a freezing Warsaw without “a chargrilled chop in sight”, she vows to never let that happen to another Australian again.

The rescue mission has Chin’s troops – including Sam Kekovich as a helicopter pilot and NOVA radio broadcasters Fitzy and Wippa – set out to save as many overseas Aussies as possible from a lambless Australia Day.

Landing back on home soil after their successful mission, they’re met with a message from the ‘Prime Minister’ and a lamb barbecue, with celebrity chef ‘never well done’ George Calombaris on the tongs.

So passionate is MLA about making sure Aussies don’t miss their Australia Day lamb, they’re launching a competition with the NOVA radio network to bring five “stranded” Aussies back to Australia from anywhere in the world to enjoy the Biggest Lamb Barbecue with their loved ones on Sydney Harbour on January 25.

MLA has partnered with all major retailers and independent butchers to promote the campaign’s message.

MLA’s group marketing manager, Andrew Howie, said Operation Boomerang was about keeping lamb top-of-mind for all Australians, and appealing to a wider audience.

“It’s the next chapter in a longstanding and successful campaign in building consumer attitudes to lamb, which is about people coming together to enjoy lamb,” Mr Howie said.

“The Australia Day Lamb campaign has proven to be very valuable in lifting lamb sales and ultimately delivering value back to levy payers.

“Every year we see a significant uplift in lamb sales in the week before Australia Day.”

Mr Howie said lamb sales lifted over 35 percent in the week before Australia Day 2015, compared to the weekly average, and generated a return of $3.76 for every dollar invested in the campaign, which is funded through producer levies.