DATA underpins good genetic evaluation, or in other words, the better the data a breeder has when breeding or buying rams, the better informed their decisions will be.

Australian Sheep Breeding Values (ASBV’s) are used by ram buyers to make informed selection decisions about genetic merit. These ASBV’s are underpinned by data from a number of different sources, including on-farm data collected by ram sellers.

However, the genetic progress of the sheep industry is set to take another leap forward with the introduction of the Data Quality Score (DQS). 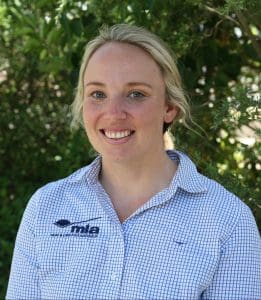 Meat & Livestock Australia sheep genetics manager Peta Bradley explains, the DQS uses a number out of a 100 as well as a five-star rating to assess the last five years of flock data that’s been submitted to create ASBVs. This allows for a greater level of transparency for ram buyers about the quality of data used to calculate ASBVs, and importantly, highlights stud breeders who collect high quality data.

While ASBV accuracies are available for individual rams, a DQS provides an indication of the overall quality of the flock’s data and allows direct comparison across flocks.

“It’s quite a significant step for the sheep industry, because studs now have access to their own DQS report, which indicates how well that data is being submitted, and the structure of that data,” Peta says. “It means growers can make sure they’ve got the best possible breeding values on sale day to make an informed ram selection.”

John Sutherland, Manager of Pooginook Merino and Poll Stud in the Riverina of NSW, is equally as enthusiastic about the introduction of the DQS, while recognising the importance of using visual and ASBV classing to breed mules free dual-purpose Merinos.

“The most important thing about the data is if we can’t measure it, we can’t manage it, so we’ve got to have accurate data to make good breeding decisions when selecting sheep or selling rams,” he said.

“What’s very important is that we use our visual skills to consider all of those phenotypes and make sure they’re correct. Then, some of the traits that we cannot see, and we can’t actually phenotypically predict, that’s where the data comes in to help make a good decision.”

There are four key components that contribute to the DQS, starting with the amount of data. This is not only about how many animals are being recorded, but also what proportion of those animals then go on to have traits such as growth rate, carcass, fleece weight, fibre diameter, and weaning rate recorded throughout their life.

The second component is the completeness and accuracy of the records that are being submitted.

“We’re trying to estimate the genes an animal carries, and describe that through breeding values, so it’s important that we know a number of things such as pedigree,” Peta Bradley said. “There are also other factors that influence the environment the animal is raised in, like the date of birth and birth type of the animal. This is then analysed with performance traits, including body weights, weaning rate, fleece weights and other fleece characteristics.”

The third element of the DQS is data structure, which takes into account not only how the data is being collected, but whether that data is useful for genetic evaluation. This is done by looking at how well a flock is linked across years at that site, as well as to other flocks, which is important to allow for comparisons across environments and locations.

The fourth and final component is the timeliness of data submission. By recording and submitting data promptly, breeding values can be generated and used to inform decisions.

“We look at how long it takes from the time an animal is born for it to be submitted to Sheep Genetics, and then we look also at the time it takes, for example, for a fleece weight being recorded to that data coming in and hitting our database,” Peta said. “People that are collecting and submitting data sooner, meaning that they’re using breeding values in their decisions, generally have better quality data and are also making selection decisions using the most up-to-date data.”

The Data Quality Score was made available in May 2022 to all flocks that are members of Sheep Genetics and have at least three years worth of data. It’s a private score that’s given to individual studs, so it’s not yet available to the public unless they ask the stud for it.

The overall message to industry is to understand how the DQS works, and what it means when investing in rams.

“The first thing that any ram buyer going into sales season should be doing is asking does this flock record with Sheep Genetics and have breeding values available,” Peta said. “Once you identify flocks and an index that suits you, our recommendation is to discuss with those flocks if they are actually recording the traits that are important to you.”

“So, if you are interested in reproduction, if you’re interested in wool quality, talk to those flocks, find out what traits they’re recording and have breeding values for.”