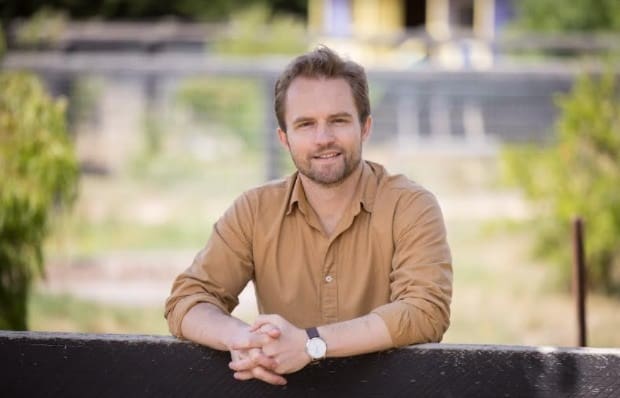 REAL-TIME video monitoring of livestock unloading at saleyards and abattoirs, and other reforms, have been suggested following the release of more than 600 animal welfare incident reports last week.

The Australian Alliance for Animals has told Sheep Central it is shocked but not surprised by the litany of horrific cases of neglect and abuse detailed in the animal welfare incident reports from export abattoirs tabled in the Senate last week.

The report tabled in Federal Parliament on 15 September outlines 631 animal welfare incidents involving 4083 animals, among the 70.6 million animals sent for processing at export abattoirs between 1 January 2020 and 31 December 2021.

The Red Meat Advisory Council said the number of incidents amounted to an “extremely low” non-compliance rate — 0.0058 percent — although there is still significant room for improvement.

The welfare incident report was released by the Department of Agriculture, Fisheries and Forestry and was generated by establishment management or on-plant veterinarians at export-registered abattoirs in the two-year period.

“The reality is these incidents are likely to be the tip of the iceberg as they are limited to those matters that have been officially reported and then only to incidents that have occurred in abattoirs approved for meat export.

“It was compelled to hand them over by order of the Senate, without which we would still be left in the dark.

“And when it comes to penalties, the truth is the Department of Agriculture doesn’t even know what, if any, penalties were imposed for the vast majority of these breaches as most are simply referred to state authorities without further follow up.”

He said the Senate has broad powers to order the release of documents held by the Federal Government.

“To my knowledge, this is the first time Animal Welfare Incident Reports held by the Department of Agriculture have been ordered to be released.”

Dr Goodfellow said the community deserved to know about conditions in Australian abattoirs and how they are regulated.

What reforms are needed?

To improve transparency and standards, he said the Federal Government must implement the following important reforms:

expediate the review of the national standards for the welfare of animals at slaughtering establishments, and

establish a properly resourced Inspector-General for Animal Welfare at the federal level.

“Until these important reforms are implemented, Australian meat and livestock industries cannot credibly claim that standards are high because how would anyone truly know?” Dr Goodfellow said.

Dr Goodfellow said CCTV monitoring should be in all locations of high risk including the points of unloading, raceways, and at the point of slaughter.

“It is likely that the precise locations of CCTV cameras would be determined by the regulator through the facility’s approved arrangements.

“The Qld Animal Care and Protection Act Amendment Bill provides an example of what the legislation may look like, see s.22 (new Chp 4B): https://www.legislation.qld.gov.au/view/whole/html/bill.first/bill-2021-052,” Dr Goodfellow said.

“Currently this is only intended to apply to the slaughter of horses, but it looks as though it has been drafted to extend to other facilities should the Government decide to capture all slaughter facilities.”

Public reporting of animal welfare incidents needed in all states

Dr Goodfellow said the alliance hoped that regular public reporting by DAFF of animal welfare incidents and audits would be done in all states without the need for legislation.

“But if legislation is necessary to provide for certainty and consistency in the reporting, then yes we would support it being legislated in all states and territories with slaughter facilities.”

Dr Goodfellow said the alliance would support a broader inquiry into the imposition or otherwise of animal welfare penalties by the states, although he not sure if the Senate would have power to compel state authorities to cooperate.

“This is why the transparency in compliance and enforcement piece needs to be implemented at the state level as well.”

He said Agriculture Victoria and Queensland Department of Agriculture and Fisheries publish some information on enforcement, although it is basic. He is not aware of reporting by other state agriculture departments.

Dr Goodfellow cautioned the red meat industry not to minimise the serious nature of the incidents by presenting them as a small percentage of overall slaughter statistics.

“This does little to reassure people and engender confidence.

“People connect with individual stories, individual animals, and many of the individual cases in the incident reports are shocking,” he said.

“Conversely, statistics are bland and abstract, and will not win hearts and minds in the long run.

“Confidence is generated through industry supporting reform and transparency, especially that which is at arm’s length of the industry itself.”

Animal welfare is central to sustainability

He said animal welfare is central to the sustainability of any livestock industry.

“Failing to invest sufficiently in improving it, and doing so proactively, will expose industries to greater social, political and regulatory risk, and will drive consumers to alternative products.”

“Absolutely it does, especially if little is done in response to address the issues.

“There are real reforms that can take place to improve standards, monitoring and compliance, and outcomes,” he said.

“If industry is seen to be supporting these reforms, that is what will build confidence.”

Dr Goodfellow believed Australia’s red meat sector left itself open to criticism of ‘greenwashing’ when it promotes its sustainability while the animal welfare incidents continue to occur.

“It is important for industry and businesses to be able to back up any claims they’re making around high welfare standards.”

The Queensland Government is leading the review, a stakeholder advisory group (SAG) has been established and a literature review completed, and the Terms of Reference for the SAG stipulate a deadline of mid-2023.

“But unless they come out with a draft of the standards for public consultation soon, they’re unlikely to meet that deadline,” Dr Goodfellow said.