After years of talking about it, ‘carbon farming is here’

The Weekly Grill with Kerry Lonergan is supported by Elanco and Kelly’s Financial Services. 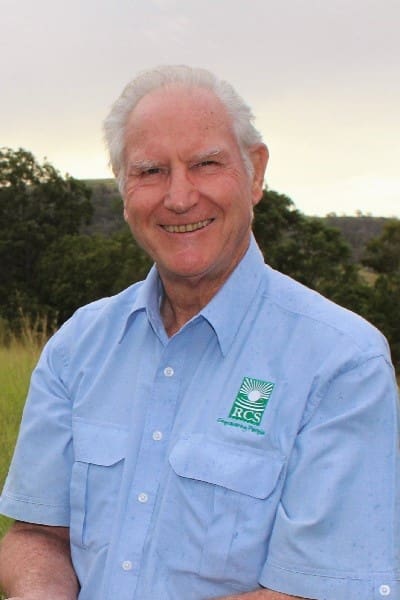 With carbon projects rapidly rising in number, and the price of carbon recently surging to $58/tonne, before settling back to current levels around $30/tonne, the value of the carbon sector in Australian agriculture is set to keep growing substantially, Mr McCosker told Kerry Lonergan in the latest episode of The Weekly Grill podcast.

Unlike other farm-produced commodities like a line of weaners or a silo of wheat or bales of wool, carbon can’t be seen or physically handled. Its ethereal nature means carbon farming is a concept many landholders still wonder about, leading to common questions such as it “is it real?” or “is it there yet?”

In Mr McCosker’s view the answer is now clearly “yes”.

“I think it has, after a very long time of talking about this and working on it, I believe it has now reached a point where it is actually here,” Mr McCosker said.

‘There are a number of things coming together’

The recent Government decision to enable farmers to treat income earned from carbon projects as primary productino income instead of off-farm income for tax purposes was among several recent developments that were combining to accelerate carbon project uptake.

“There are a number of things coming together,” Mr McCosker said.

“There is a market developing outside the Government now for carbon credits.

“The price of carbon credits has risen, (and) the tax change has occurred.

“We’ve got new methodologies and new ways of doing things that were released just before Christmas, so there is a whole lot of stuff coming together all at once.

“And we’ve also got known proof of concept at scale with things like soil carbon, so I think it is all coming together.”

From next year, farmers will also have the ability to operate multiple carbon projects on the same area of land, he explained.

“What has happened in the past and up until now actually, if you had a forestry project on your landscape you couldn’t put a soil carbon project under those trees and vice versa.

“From next year that will change, and so that we can do a soil carbon project under trees, and if you allow those trees to grow to a certain level then you will be able to get some carbon credits out of those trees as well.

“And if you reduce your fertiliser use for example and reduce your methane emissions, then all of those things can come together and give you carbon credits, three or four different sources for one the property.

On often overlooked but powerful aspect of carbon projects for agriculture was the multiplier effect it provided for earnings, he said.

“If you increase your soil organic carbon by say one tonne per hectare per year, that gets multiplied by 3.6,” he said.

In his interview with Kerry Lonergan for The Weekly Grill, Mr McCosker also offers his opinion on the type of rainfall required to successfully run soil carbon projects, his thoughts on where the price of carbon will be by 2030, and his prediction on how much money a hypothetical 4000-hectare cropping and grazing property running several hundred cattle could currently be earning from carbon per year.