ACCC has sheep drench issues with Zoetis’ move on Jurox

The Australian Competition and Consumer Commission has outlined its preliminary concerns in a statement of issues published today. 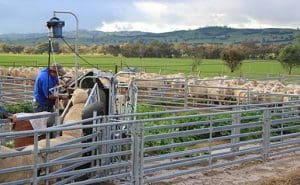 ACCC deputy chair Mick Keogh said the ACCC has concerns that the acquisition will remove one of Zoetis’ closest competitors in the supply of three types of products that are used by farmers to treat or prevent bacterial infections in the teats of cows.

“We also have concerns that Zoetis will control two of the three sheep parasiticides that are most effective at managing parasiticide resistance,” he said.

“In each of these markets, which are already highly concentrated, market feedback indicates that Zoetis and Jurox are two of the key players, and there are few alternative suppliers

“Barriers to new entry appear to be high in these markets as suppliers need to invest significant time and capital to develop products and meet manufacturing, licensing, and registration requirements,” Mr Keogh said.

“The manufacturing process also involves expensive technology and equipment and a high degree of technical expertise.”

The ACCC is also considering whether the proposed acquisition may substantially lessen competition in five highly concentrated markets for the supply of various companion animal products to veterinarians, including opioid and non-opioid sedatives, antidotes for sedatives, corticosteroids and penicillin.

“We have received some market feedback that Zoetis and Jurox compete closely in each of these markets and that post-acquisition, the number of effective competitors in each market may be reduced to only two or three,” Mr Keogh said.

The ACCC’s investigation is also considering whether the proposed acquisition could provide Zoetis with the ability and incentive to engage in anti-competitive bundling, particularly given the importance of Jurox’s Alfaxan product, an injectable steroid anaesthetic for use in treating dogs and cats.

The ACCC invites submissions from interested parties in response to the statement of issues by 11 March.

The ACCC’s final decision is scheduled for 28 April. More information, including the statement of issues, is available on the public register: Zoetis Australia Research and Manufacturing Pty Ltd – Betrola Pty Ltd (including Jurox Pty Ltd)

Zoetis is a public company listed on the New York Stock Exchange. Zoetis operates in global development, manufacturing and marketing of veterinary medicines and vaccines for companion animals and production animals.

Jurox is a private family-owned veterinary pharmaceutical company based in Australia. Jurox researches, develops, manufactures, and sells a range of over-the-counter products and veterinary medicines. Jurox’s products are marketed in over 20 countries globally and most are manufactured at Jurox’s plant in Rutherford, New South Wales.

At this stage, the four production animal markets where the ACCC considers the proposed acquisition is likely to substantially lessen competition are: