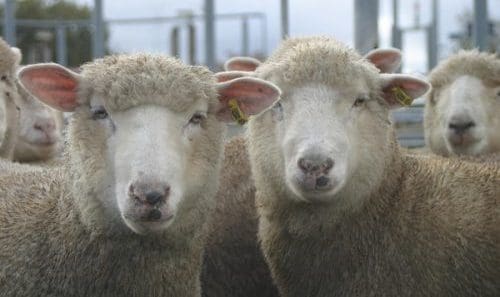 COSTINGS for a national electronic sheep and goat identification system will be presented to the National Biosecurity Committee this month.

The NBC supported implementation of the EID system in principle and has asked for costings, which are being finalised by the Australian Bureau of Agricultural and Resource Economics and Sciences.

ABARES will present the national system costings to the NBC in mid-March, Dr Britton said.

“The ABARES report will give a national indication, but will still require each state to do their own costings, which most have now.”

The ABARES report is being considered about two years after the NBC received five key reform recommendations from SAFEMEAT.

The recommendations included mandating a national individual electronic identification system for all livestock with an equitable funding arrangement for establishing and ongoing system maintenance, establishing a regulatory or statutory entity for managing livestock traceability, investment in a database capable of handling all FMD susceptible livestock species and formation of a consultation Regulatory Impact Statement to fully assess the impact of the recommendations to provide a fully costed decision paper to AGMIN.

Victoria is the only state with mandated EID for sheep and goats within the National Livestock Identification System.

Last week a spokesman for Mr Metcalfe said he had responded to Mr Hutchinson’s on 2 December 2021 and the AMIC CEO today said the NBC chair’s response was adequate.

However, Mr Hutchinson said AMIC still believed implementation of the SAFEMEAT recommendations needed to be made a matter of priority by the NBC.

“We remain concerned that this is still taking so much time to resolve.

“Our current supply chains are meeting requirements for our domestic and overseas markets,” he said.

“That being said, we must always look to enhance where possible systems in place to protect our industry.

“This is like an insurance policy, and we need to make sure it withstands increasing scrutiny and increasing risks,” Mr Hutchinson said.

“AMIC’s position on this issue has not changed.”

“Through the National Biosecurity Committee (NBC) the department continues to work with states and territories to address biosecurity risks and strengthen Australia’s traceability arrangements.

“Under the NBC’s direction, a National Livestock Traceability Enhancement Working Group has been considering the key matters raised in SAFEMEAT’s recommendations,” the spokesperson said.

“The group’s focus, working closely with peak industry bodies, has been exploring options for enhancing system governance, and the expansion of individual electronic identification.

“Peak industry bodies, through SAFEMEAT, have engaged closely in this work, which will inform recommendations to ministers.”

A Foot and Mouth Disease preparedness webinar moderated by DAWE last week said it would look at “the contingencies, innovations and responses Australia has in place to combat an FMD incursion” and that “preventing an incursion involves continual monitoring and updating our approaches, plans and preparedness – and importantly, exercising them.” However, Australia’s livestock traceability system was not discussed and questions put to speakers on the issue were not answered.

However, after the webinar, senior principal research scientist, Australian Centre for Disease Preparedness, CSIRO, Dr Wilna Vosloo, agreed that a national electronic tag ID system for sheep and goats would enable a more comprehensive post-outbreak surveillance and a quicker return to disease-free status.

“I would say a resounding yes, anything that can help with traceability will assist with post outbreak surveillance and return to trade.

“The more accurate our forward and backward tracing, the more targeted our surveillance can be and the more trust our trading partners will have in the results of the post outbreak surveillance,” she said.

“The confidence of our trading partners can be built on many different aspects, traceability being one of them.”

During and after the webinar, Sheep Central asked Dr Thomson and Mr Price: Does Australia’s lack of a national electronic identification system for sheep and goats represent a risk to the nation’s timely control/management of a FMD outbreak and should establishment of such a system be a priority?

Both declined to answer the question, stating via Dr Vosloo that they had “nothing further to add”.