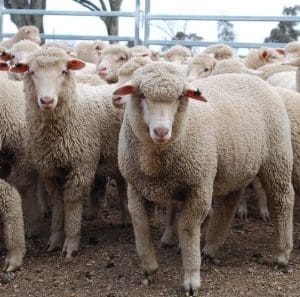 ABARES cost of production comparisons between 2013-14 and 2015-16 suggest that significant economies of size in the Australian sheep meat industry offered producers a strong incentive to increase production and profitability.

The ABARES report, commissioned by MLA, presents cost of production estimates for sheep producers for the three years ending 2015-16, based on data that ABARES collects on broadacre farms through its Australian Agricultural and Grazing Industries Survey.

ABARES said operating margins (receipts per kilogram minus cost of production) also recorded an increase in 2015-16, even when the value of unpaid labour was taken into consideration, as the lamb, sheep and wool markets strengthened. The operating margin for slaughter lamb producers averaged 54c/kg lwt in 2015-16, up from 26c/kg in 2014-15.

ABARES said operating margins increased as the scale of production increased. For example, when accounting for all costs, the operating margin for smaller producers (selling 200 to 500 head) averaged 2¢/kg lwt, while those that sold more than 2,000 head for slaughter achieved an average margin of 80¢/kg lwt, ABARES said.

Producers can use this report to compare the cost of production of their sheep flock with the industry average, and possibly identify opportunities for improvements within their business, ABARES said.

For slaughter lamb producers, spending was higher across most cost components in 2015-16, compared to the previous year. Poor seasonal conditions across much of the south-east saw expenditure on fodder rise 28 percent year-on-year. The cost of sheep purchases was up 25pc in 2015-16, as a result of higher lamb and sheep prices.