IT was a quiet week on the wool forward markets, with activity limited to the nearby months, as the December 19 micron index traded at 1365 cents and 1370 cents prior to auctions opening on Tuesday.

The lack of initial follow through saw the market fall 30 cents Tuesday. The consistency of the movement this year would have any cricket batsmen envious. In 86 sale days this year, the key 21 micron price guide has moved 30 cents more than 39 times including 16 times by more than 50 cents and four times by over 100 cents. This volatility remains a challenge for everyone in the supply chain particularly the exporters.

The graph below shows the price movement of the 21 micron MPG this season and the hedge levels that have traded through to March 2021. Ranges for each maturity have been very wide up until the last six weeks.

Although the market has been volatile on a daily basis, trading levels forward have consolidated into a slightly tighter range albeit on lower volume. Forward prices for 21 micron have ranged from 1145 cents to 1260 cents (115 cents) out to the end of January 2021, while the spot auction has ranged from 1070-1270 cents, or 200 cents since early October. Buyers have shown a keenness to secure some cover against forward sales around the current levels.

On Wednesday, the spot auction market settled, with interest building toward the end of the sale. Good interest in the passed-in lots should herald a firmer market this coming week and another short-term rally.

Hopefully, we will see that translate into competitive hedge levels. Valuing certainty in this environment should not be underestimated. 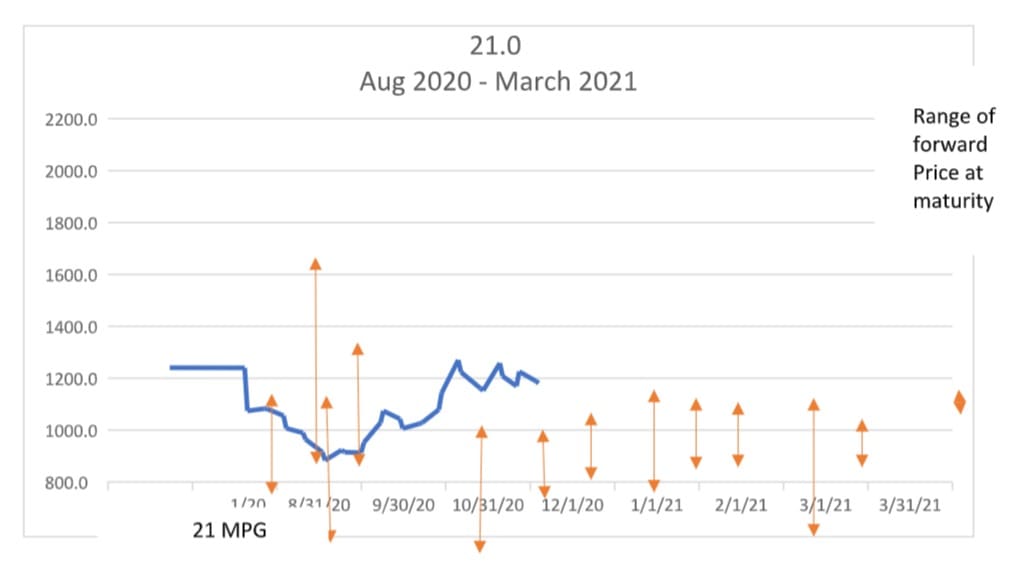