AuctionsPlus sheep and lamb offering record as rain is forecast 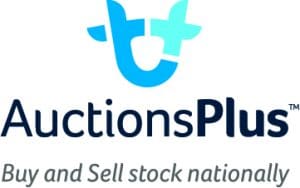 AUCTIONSPLUS offered a record 103,587 sheep and lambs on Tuesday last week, with promising reports of rain and forecasts for strong falls on the horizon.

Demand for young Merino ewes remained strong, with this category averaging $170 and selling up to $243 for a line of Panorama blood ewes at Robe in South Australia. There was increased competition for ewes and lambs, which sold from $129-$165 and averaged $151.

There were substantial offerings of Merino wether lambs and prices dipped slightly to average $97, which was attributed to an overall lower weight range. Wether hoggets sold from $80-$132.50 to average $105. The top price went to two lines from ‘The Willows’ at Euroa in Victoria which sold to a Ballarat buyer in south-west Victoria.

More first cross ewe lambs numbers increased in Victoria, South Australia and New South Wales. Prices remained steady to average $179 and range from $128-$253. The top price went to a line of September shorn future breeders at Kaniva in Victoria that sold to a Ballarat buyer. Older first cross ewes made $134-$294.50, with the top price going to a line of vendor-bred weighing 67kg ewes from Western Flat in South Australia.