A FALL in auction wool prices of around 60 cents across the board last week has impacted the forward market curve and support levels.

The volatility caused a wide forward trading range on a light volume.

Since late March, most Merino types have come off around 240 cents. The main driver remains the general malaise of world markets and the uncertainty around recovery times. The weak Australian dollar had provided some support against the downward trend, but the bounce off the mid-March lows of 55 cents to 65 cents against USD has taken its toll.

Forward trading was mainly focussed again on the spring and early summer. The 19 micron contract traded early in the week at 1390 cents, before drifting down to 1370 cents. On the mid qualities, 21 micron traded at a high of 1370 cents for early spring to 1350 cents for December, but closed weaker at 1330 cents.

New support levels remain in place as we move into May. Discounts into the new season range from 40 cents for August out to 80 cents for the end of the year. Valuing certainty should be key in any forward strategy. Where fair value lies in the current landscape is difficult to predict.

The charts below maps the activity of hedging into the spring (Sept to Dec 2020) over the last year. A combination of time and market volatility has seen the discount (backwardation) of the prices steadily reduce. Hopefully as we more through the remainder of the year we will see confidence restored to the pipeline and elimination of marked forward discounts. 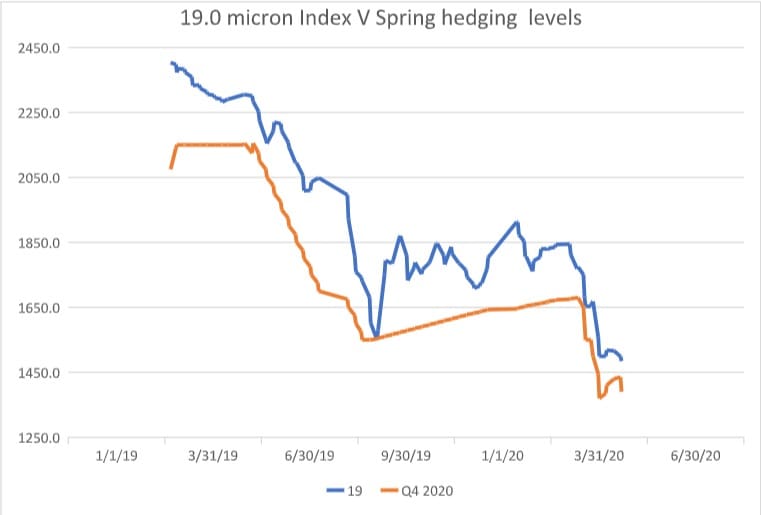 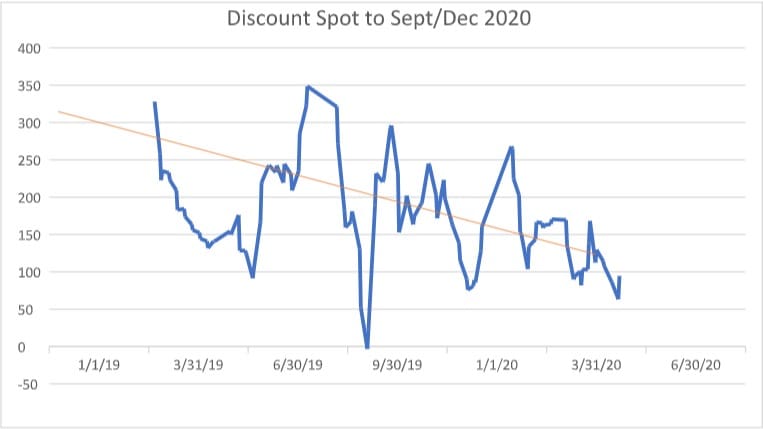