James Nason has been a rural reporter for 20 years, a career that has enabled him to combine his love of both agriculture and writing. 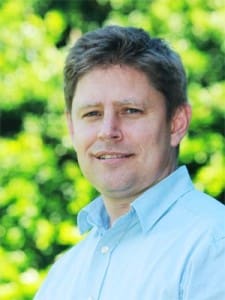 James grew up on his family’s sheep, cattle and grain growing property at Surat in western Queensland. He studied journalism at the University of Southern Queensland in Toowoomba before undertaking a cadetship with the Western Sun newspaper at Charleville in Queensland’s Warrego region.

He honed his rural reporting skills with Rural Press at Roma where he regularly reported on the news, events and personalities surrounding Australia’s largest weekly cattle sale.

James’ career with Rural Press spanned 16 years and included national news writing and senior editorial management roles in Queensland and Victoria. He spent a lengthy period as Group sheep and wool writer for Rural Press, while based in Melbourne.

His work has been recognised with numerous news and agricultural writing awards, including Rural Press Agricultural Publishing’s editorial person of the year award in 2007 and Queensland’s Excellence in Rural Journalism award in 2010.

When not writing he enjoys spending time with his family and friends in Toowoomba and at his family’s cattle, sheep and grain growing property on Queensland’s Darling Downs. He is also currently studying business and marketing through the University of Southern Queensland.