Drought-affected farmers urged to apply for pest and weed grants 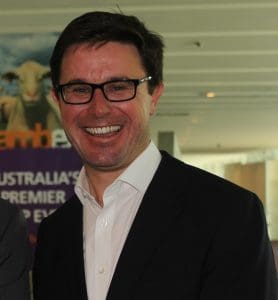 DROUGHT-AFFECTED Australian farmers can apply to access $10 million in federal pest and weed control grants in the second round of a federal government program.

Applications for the $10 million allocation under the Combating Pest and Weed Impacts During Drought Program – Biosecurity Management of Pests and Weeds – Round 2 – opened yesterday.

Project funding will be made available across 183 eligible councils in the latest funding round to help drought-affected farmers and land managers fight feral animals and weeds.

Minister for Drought David Littleproud said farmers have already seen a big turn-around where wild dog fences have been built.

“Lambing rates have risen from seven to 80 percent in some places.

“Farmers are already doing it tough and this will keep their stock safe from hungry predators,” he said.

“This is on top of $15 million already announced to build dog fences and control weeds,” Mr Littleproud said.

“Feral animals and weeds cost farmers nearly $5 billion a year. $89 million is because of wild dogs and $4 billion because of weeds.

“Even though pest and weed control is a state responsibility, our government has stepped in because their impact is worse during a drought,” he said.

“This brings our investment in pest animal and weed management to more than $50 million.

“We’re continuing to invest in this program because we understand pests and weeds have a big impact on our regional communities, especially during a drought.”

Click here for grant guidelines and to see if your municipality is eligible.