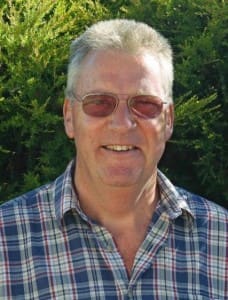 Meat and Livestock Australia said Southern BusinessEDGE workshops will be launched at Bairnsdale, Victoria, May 25 and 26; Launceston, Tasmania on June 15 and 16, and; Albury, NSW on July 7 and 8. Mainstream workshops will then follow across all southern states.

The workshops sponsored by MLA aim to improve the financial literacy and business management skills of beef and sheep meat producers across southern Australia to help them manage business risks such as drought and declining terms of trade.

Consultant Phil Holmes wrote the original BusinessEDGE course for northern beef producers six years ago and, in conjunction with Bush Agribusiness director Ian McLean, has modified its content to have specific relevance to southern Australia.

“In most enterprises, whether it be beef, sheep or cropping, 80 percent of the profit generated in a decade is generated from just three of those ten years.

“Unless you are ready to capture all of what those three years have to offer and manage those profits, you can get left behind,” Dr Holmes said.

“Accounting and business principles are the same regardless of where your livestock business is based, but the workshop material has been modified to suit southern businesses which often comprise more than one enterprise.

“Many southern producers think they are reducing business risk by managing more than one enterprise, but while they might be reducing market risk, they’re increasing production risk and not many people understand that,” he said.

“All they are doing in most cases is swapping one form of business risk for another.

“Prudent and proper debt management is a big part of the course,” Dr Holmes said.

“The evidence is that most producers do not understand how to use debt productively for long-term wealth creation.

“Too often, it just becomes an anchor on the performance of the business.”

Dr Holmes said the workshops would explain why a producer’s income tax return is of limited value in business decision making and how they can set up and use management accounts, which are very different from the compliance accounts that accountants are traditionally responsible for.

Understanding the key profit drivers for the whole business, the herd and the flock, and how to allocate capital in a rational manner for a better return on the investment is also an important part of the workshop.

“Following on from their success with northern beef producers, and prompted by the demand from producers seeking to increase their business management skills, MLA has facilitated the expansion of the workshops to southern producers,” Dr McDonagh said.

“The workshops will use relevant southern business management scenarios to understand business principles and financial management practices, meaning producers will not be required to bring their own financial data with them.”