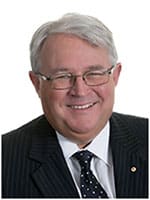 AUSTRALIA’S wool growers have just over three weeks to have their say in the independent review of levy-funded body Australian Wool Innovation.

Advisory firm EY yesterday announced on its website that the review’s submission deadline will be May 4 2018. Submissions can be made via the webpage: https://www2.srnet.com.au/SE/1/AWIReview

Mr Metcalfe said the purpose of the independent review is to consider AWI’s performance against its stated objectives to ensure it is delivering for growers and community. He said the review will consider AWI’s delivery upon core objectives including research, development, extension and marketing services to woolgrowers, and other matters of public interest.

EY has also released a Focus Paper that detailed the ‘Questions that the Independent Review is asking…’. These included questions about AWI’s obligations under its current Statutory Funding Agreement with the Federal Government, its governance arrangements, planned outcomes, benefits to growers and engagement or consultation approach. The questions also seek growers’ views on whether AWI has implemented the recommendations of the 2012-2015 performance review and if the body collaborates with other research and development corporations.

The review will also ask whether the Corporation Act’s replaceable rules should apply under the AWI constitution and whether AWI’s employment practices are appropriate.

However, the list of key review questions notably does not directly seek grower feedback on the performance and conduct of AWI chairman Wal Merriman or the board in relation to the SFA or AWI’s governance and conflict of interest codes. Wool grower and Senate Estimates committee concerns over Mr Merriman’s behaviour — during director elections, in swearing at journalists and covertly observing a Merino breeders focus group behind a one-way mirror — preceded the current review’s establishment and the inclusion of the ‘other matters of public interest’ in the Terms of Reference. No discussion paper providing background information on the issues and events prompting the ‘other matters of public interest’ has been released by EY or the Federal Government.

EY yesterday welcomed submissions from all relevant stakeholders including:

The review team will consult broadly with industry and help deliver a final report about AWI’s performance in relation to its stated objectives, EY said.