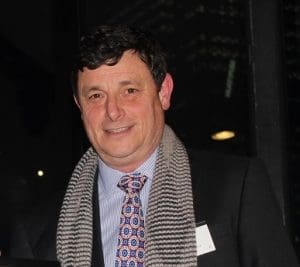 “Mr Wilson has been a consultant to AWI for two years, and his work and expertise to bring the Wool Exchange Portal from concept to reality, where Brokers, Buyers and Growers unanimously agree that it proceed, has been exemplary,” Mr Merriman wrote.

In his letter, Mr Colley said it is not appropriate for him or NCWSBA to comment on most of the matters raised by Mr Merriman in his letter, as they are issues for Australian wool producers.

“There is, however, one matter about which I wished to write to you as a matter of urgency.

“That issue concerns Mr Merriman’s claim with regard to the Wool Exchange Portal (WEP) that “…Brokers, Buyers and Growers unanimously agree that it proceed,” Mr Colley said.

“I would like to make NCWSBA’s position very clear.

“The National Council of Wool Selling Brokers of Australia has not made any declaration of either its support or its opposition to the Wool Exchange Portal and whether it proceeds or not. NCWSBA is agnostic.”

Mr Colley said in meetings with AWI and its representatives, NCWSBA has raised issues and questions about the portal, but has consistently remained silent on NCWSBA’s support or otherwise for the WEP.

“This is in keeping with the board’s long-agreed position that it is a commercial matter for individual wool broking companies and members of NCWSBA about whether or not they support the WEP.

“This silence should not be taken as tacit support for the WEP,” Mr Colley said.

“Therefore, Mr Merriman’s claim and any similar claims made by AWI and its representatives of unanimous support from brokers for the WEP is misleading.”

The spokesman said the chairman’s access to the AWI registered shareholder register for mailing purposes was permissible under section 173 of the Corporations Act and Corporations Act regulations and the relevant costs were met by Mr Merriman personally.

Sheep Central questions to AWI chief executive officer Stuart McCullough on the WEP’s status and whether he supported or believed Mr Merriman’s assessment that brokers, buyers and growers unanimously agree the WEP should proceed, were not answered.  The spokesman said Mr McCullough was overseas.

Click here to read the NCWSBA letter to its members.