THE Australian Wool Growers Association has appointed two more directors to its board making a total of five new appointments in the past two months.

Animal health academic Dr Sabrina Lomax and South Australian Monica Ley have been appointed to the AWGA board. 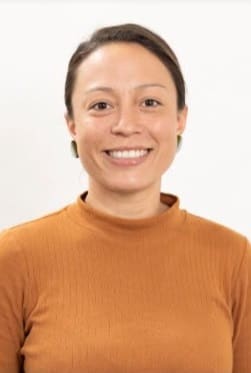 AWGA first female director, communications and policy consultant and livestock contracting business partner Angela Byron said the board was very pleased to announce the appointment of Sabrina and Monica to the AWGA board.

“Sabrina and Monica are incredibly talented women, and I couldn’t be more delighted to welcome them to the AWGA board – particularly in the lead up to the United Nations International Day of Rural Women on 15 October.”

“I was the first female director appointed to AWGA, and with Emily Riggs joining me not long afterwards, the appointment of Sabrina and Monica further demonstrate that AWGA is an organisation that is committed to quality in leadership and equality in representation,” Ms Byron said.

Sheep Central has been told the new directors were approached to join the AWGA board and appointed by a directors’ vote. Despite ongoing industry questions about AWGA’s director election process and assurances from AWGA directors, requests for the release of AWGA’s constitution have been ignored.

“We are committed to diversity in representation and industry participation, focusing on the following target groups: women, young people, indigenous Australians, people who identify as LGBTQI+, people who are culturally and linguistically diverse, and people with disabilities.

Ms Riggs said as a female wool grower and business owner she was “thrilled that two such impressive women have joined the AWGA board.

“Monica and Sabrina bring so much to the table and I know that both AWGA and the industry will benefit from their insight and genuine passion for the best fibre in the world.”

AWGA said Ms Lomax’s longstanding academic commitment to animal health, production and welfare and her focus on livestock pain mitigation provided AWGA with some serious professional credentials when it comes to participating in the national and international livestock welfare conversation.

Her agricultural background led to her interest in animal health and production and she completed her PhD in 2011 examining topical anaesthesia for painful livestock husbandry procedures.

AWGA said Ms Lomax’s current research program aims to promote best practice livestock production, with a focus on pain mitigation and objective measures of welfare, through the integration of technology with animal behaviour and welfare science. Her research team have made significant contributions to a change in practice regarding practical pain mitigation for cattle and sheep undergoing livestock husbandry procedures and she works closely with industry to facilitate adoption and secure the sustainability of the livestock industries.

AWGA said Ms Ley is a young wool grower and rising star within the livestock industry from Coonalpyn in South Australia, where she is the livestock manager for Canowie Poll Merino Stud. She has a background in sheep and wool research and extension, and is a livestock leader with the Livestock Collective, advocating for better industry communication and supply chain transparency.

AWGA said Ms Ley is committed to ensuring young people are well represented within the wool industry and believes it needs a succession plan where young people in all areas of the supply chain are empowered with the necessary skills, training and opportunity to succeed and advocate for the industry.