What are the implications in UK’s ‘Brexit’ for Australian red meat exports?

Answering a series of questions posed by Sheep Central, MLA’s Europe and Russia region business manager Josh Anderson said current trade between Australia and the EU (including the UK) would continue as normal in the ‘short-term’, meaning perhaps the next two years. 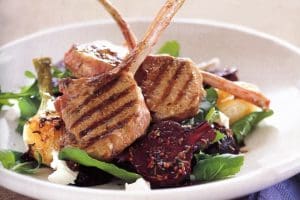 “This referendum was a decision for now, but the actual process of the UK leaving the EU will take several years to unfold,” Mr Anderson said.

Based on this, it was still too early to predict what Australia’s long-term red meat access to the UK would look like.

“For the UK itself, it is still very much a time of uncertainty,” he said, from his office in Brussels.

“For Australia, however, we are very interested to see how the UK’s exit will unfold because it presents a unique opportunity for our industry to establish preferential trading regimes and secure greater access to the UK.”

Australia, as a preferred supplier of high quality red meat to the region, had a long-standing affiliation and strong relationship with the UK. Prior to the arrival of the US market in the 1960s, the UK was easily Australia’s largest red meat customer.

“MLA’s role in the months and years ahead will be to draw on strong existing relationships to ensure our industry’s priorities for greater, and indeed, more secure access are secured with the UK,” Mr Anderson said.

“It’s an unprecedented time and this situation presents a unique opportunity for trade reform with the UK, which has been under EU trading regulations for more than 40 years.”

Currently the UK accounts for 63pc of all Australian beef and sheepmeat shipped to the EU. Further to that, the UK imports around 45pc of its meat and meat products annually, which suggests significant long-term prospects for growth of Australian exports to Britain, Mr Anderson said.

“Ideally, a swift and comprehensive trade agreement with the UK is the desired outcome,” he said.

“However the UK is heading into unchartered territory, and for Australia, our future terms of trade will entirely be set by how, and when, the UK actually decides to leave the EU.”

“Australia’s efforts towards the establishment of an Australia-EU Free Trade Agreement would remain a priority, but the UK and EU have moved into unchartered territory, and we are waiting to see clearer trade positions develop from both markets,” Mr Anderson said.

“What we do know is that MLA, guided by our EU red meat industry taskforce and peak industry councils, will work collectively with the Australian government to ensure Australian red meat is positioned favourably as an integral component of any future trade discussions.”

“The red meat industry can be reassured that MLA is in close contact with the Australian Government and industry groups in the UK and EU, to ensure Australia’s red meat trade interests are maintained and long-term secure access is assured.”

Australian sheepmeat’s footprint in the UK

The majority of Australia’s beef and lamb is purchased by UK foodservice and catering companies because of our ability to supply high-quality consistent products year-round. The major points of entry to the EU are Italy, The Netherlands and the UK, but our beef and lamb is distributed throughout much of Europe depending on specific requirements and cuts.

UK consumers value Australia’s beef and sheepmeat products for their consistent and predictable quality. With the UK being an importer of high quality food products, our industry is ideally positioned to help meet this demand, particularly as the industry has invested in dedicated supply chains to meet the demands of EU and UK customers.

Are exports to the UK likely to become easier in future?

“Again this is going to take time, as this is unchartered territory,” MLA’s Josh Anderson said.

“The Australian red meat industry has a long-standing affiliation and strong relationship with the UK. With strong historical links to Australia, there is every reason to believe that the UK should be highly receptive to working with Australia on enhanced trading relationship,” he said.

“To date the UK have been the strongest supporters of the EU-Australia FTA.”

Regulations around how UK-EU movement of imported product from third countries like Australia, so far as tariffs and quotas go, is also a major unknown at this stage, Mr Anderson said.

“We will be monitoring this closely to determine how the UK/EU border controls and import duty tariff regulations will apply. The UK must now work with the other 27 EU countries to agree how – and how quickly – the UK will leave the EU; and what the future relationship will look like,” he said.

“While a process exists on paper, nobody knows for certain how the UK will separate itself from the EU, or how the remaining 27 EU members will respond to the UK’s exit demands.”

“Australia’s current access to the Europe is restricted by low volume import quotas and high above quota tariffs. Importing Australian beef and lamb outside these quotas, for the large majority, is not economically viable.”

Is Australia’s quota access to the EU likely to change, with the departure of the UK?

“No country, let alone one the size of the UK or with its economic weight, has ever left the EU,” Mr Anderson said.

“This is an unprecedented situation and we await clearer trade positions from key UK and EU operatives regarding quota allocations.

Last year the Australian red meat industry welcomed the announcement that Australia and the EU will begin procedures to secure a closer bilateral trade partnership – the precursor to launching formal FTA negotiations between the two parties.

Currently the scoping process is still underway with the aim to launch formal negotiations in 2017. Meat and Livestock Australia, guided by the Australian industry will continue to work collectively with the Australian government to ensure Australian beef, sheepmeat, and goat meat is positioned favourably as an integral component of any future trade discussions.

Published below is a statement from the International Meat Trade Association of the UK (IMTA) on the Brexit decision and the immediate response that the association will be taking to protect the meat import trade.

IMTA represents British importers and exporters of beef, pork, lamb and poultry and have a combined turnover of more than 4 billion pounds, representing direct employment of 15,000 people. Around 45pc of meat and meat products consumed are imported in to the UK.

IMTA has formed an EU Referendum Working Group which has considered the ramifications of a ‘leave’ vote for IMTA members. IMTA did not take a position on whether it would be preferable to its members for the UK to leave or remain in the EU.

As well as providing members with information about the EU referendum debate the working group has also considered the IMTA position upon an exit vote. Following last week’s referendum results in favour of leaving the EU, IMTA has outlined its position going forward.

It will be vital to all member companies that access to imported meat sources as well as export markets is maintained. Therefore we will be looking for the UK government to ensure continuity of trade in the next two years.

Industry and UK consumers expect access to high quality meat products, and require stability and a continued supply from all sources including the EU. This is crucial in order to keep the nation fed, to ensure continued access to supplies for the retail, foodservice, manufacturing and wholesale sectors.

Around 24pc of British meat is exported to markets in the EU and globally. Continued access to these markets is critical to ensure full support for the British farmer and the meat sector as a whole enabling us to export our high quality UK meat. It is vital for the economy and employment that we continue to have trade in both directions.

It is essential that before the UK government navigates through complex trade regulations and makes any decisions or changes which will have implications for trade that the industry is properly consulted to ensure the livelihood and longevity of Britain’s meat trading industry is front of mind and warned of any changes.

Any future changes, be they two years or more down the road, should have a reasonable transitional period to avoid sudden shocks to the market and the economy.

IMTA will be providing continued to support to its members in navigating through this unprecedented time including providing weekly updates. IMTA will be discussing next steps at the next board meeting in early July.